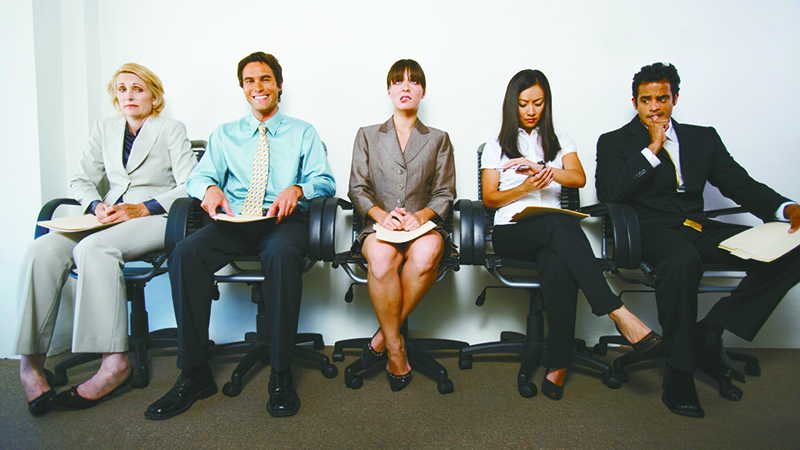 The rise of the unemployment rate in the United States has been staggering amid the coronavirus pandemic, but unemployment data for April 2020 could offer a better measure of the economy in the Beaumont-Port Arthur metropolitan statistical area.

The U.S. Bureau of Labor Statistics, or BLS, on May 8 announced unemployment nationally rose by 10.3 percentage points to 14.7 percent in April, the highest rate and largest over-the-month increase on record. (Seasonally adjusted data goes back to January 1948).

“The changes in these measures reflect the effects of the coronavirus pandemic and efforts to contain it,” BLS wrote in a news release. “Employment fell sharply in all major industry sectors, with particularly heavy job losses in leisure and hospitality.”

Unemployment data for Beaumont-Port Arthur is only available through March 2020, with data for April to be released at 10 a.m. June 3. Subnational data for Texas is available at bls.gov/regions/southwest/texas.htm.

The reference week for monthly data always includes the week of the 12th date, according to BLS spokesperson Stacey Standish. For March (reference week being March 8-14), the unemployment rate for Beaumont-Port Arthur was 7.5 percent, 2 percentage points more than in February, but also 2.3 percentage points more than in March 2019. The data is not seasonally adjusted in the metropolitan area, Standish said.

Data for April 2020 will offer a better measure of the economy locally, she added.

“April will be a better measure because the March reference period happened before a lot of the shutdowns happened,” Standish said.

The World Health Organization declared coronavirus a pandemic on March 11.

The largest change came in the mining, logging and construction category, which includes the oil and natural gas sector. A change of minus-6.5 percent for 12-month period was recorded in March 2020, compared minus-5.1 percent for the same period ending the month before. Employment in the category dropped from 20,600 to 20,000 from February to March.

Standish said she was unsure of specific factors other than COVID-19 that contributed to that downward trend.

The financial activities category saw the biggest upswing in employment locally, a 3.5 percent rise over 12 months ending in March 2020. Employment in that category rose from 5,700 to 5,900 from February to March.

District 22 State Rep. Joe Deshotel, who represents much of Port Arthur and Beaumont, said the legislature will have to look at implementing programs in place to react to crises such as COVID-19 quicker when it returns in January 2021.

“This has been a devastating situation,” Deshotel said. “We’ve had 2 million claims of unemployment insurance. [The Texas Workforce Commission] has hired 700 more workers and there are 1,200 people answering calls.”

On May 4 alone, 1 million people called to file a claim, Deshotel said.

“This has never been expected or anticipated,” Deshotel said. “It’s learning as you go.”

Claims via phone may be established by calling 800-939-6631, but even if someone hasn’t gotten through, Deshotel says the claim is retroactive to when the person was first affected by coronavirus and the claimant will receive that back unemployment. Claims may also be established by visiting twc.texas.gov.

The state offers a weekly unemployment benefit of at least $207 and the Coronavirus Aid, Relief and Economic Security Act provides $600 weekly for successful applicants. Deshotel does caution claimants against accepting benefits if they’re called back to work.

“As the governor moves back and businesses begin to open, employers call their employees back,” he said. “Many employees are making more than when they were at work. They need to understand, they could be subject to repaying these benefits if they were offered their jobs and they refused.”

Childcare, however, is a major issue in unemployment. If a parent has a small child and no available childcare, the parent may make a claim and not jeopardize unemployment benefits, Deshotel said.

Self-employed persons and contractors have received initial denial letters and been asked to wait on notification about pandemic unemployment assistance during the pandemic. Among factors Deshotel mentioned, some had not paid income taxes for 2019, and the Texas Workforce Commission has had to develop new computer programming in response and ask the self-employed and contractors to reapply.

The following unemployment rates, according to the U.S. Bureau of Labor Statistics, are record highs for all social classes except blacks: