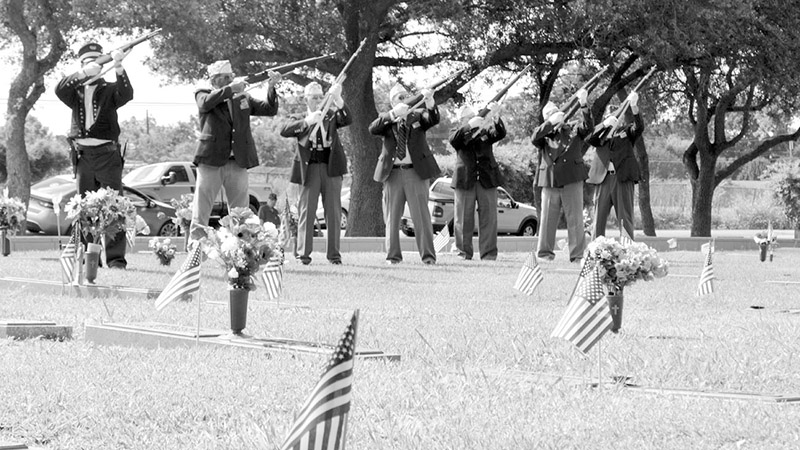 Texas Veterans Commission Chairman Eliseo “Al” Cantu Jr. said commemorative events this year may differ from the past due to the need for health precautions, but it’s still good to place flags at graves and remember the sacrifices made on our behalf. (The News file photo)

Memorial Day is observed on the last Monday of May, honoring the men and women who died while serving in the U.S. Armed Forces.

It is a day for Americans to offer tribute and honor to the heroes who laid down their lives to preserve our freedoms.

Originally known as Decoration Day, it originated in the years following the Civil War. It was not until after World War I, that the day was expanded to honor those service men and women who have died in all American wars. In 1971, Memorial Day was officially declared a national holiday by an act of Congress.

While visiting American graves at Suresnes American Cemetery in France on May 30, 1919, President Woodrow Wilson stated, “The Americans who went to Europe to die are a unique breed … (They) crossed the seas to a foreign land to fight for a cause which they did not pretend was peculiarly their own, which they knew was the cause of humanity and mankind. These Americans gave the greatest of all gifts, the gift of life and the gift of spirit.”

Our commemorative events this year may differ from the past due to the need for health precautions. Though flags may still be placed at graves, traditional gatherings such as parades and reunions may not take place in the same way. Still, we can keep the tradition of Memorial Day with virtual and online events showing our appreciation of those who gave the ultimate sacrifice.

On this Memorial Day, I ask you to unite with family and friends in a national moment of remembrance at 3:00 p.m. (CDT) to reflect on the sacrifices made in defense of our values and to remember our service members lost in service to our nation.

Today, let us appreciate our freedom, reflect on our history and remember those who gallantly fought and died for each one of us. Their courage and sacrifice will always be honored across this great state, this great nation and most importantly, in our hearts.