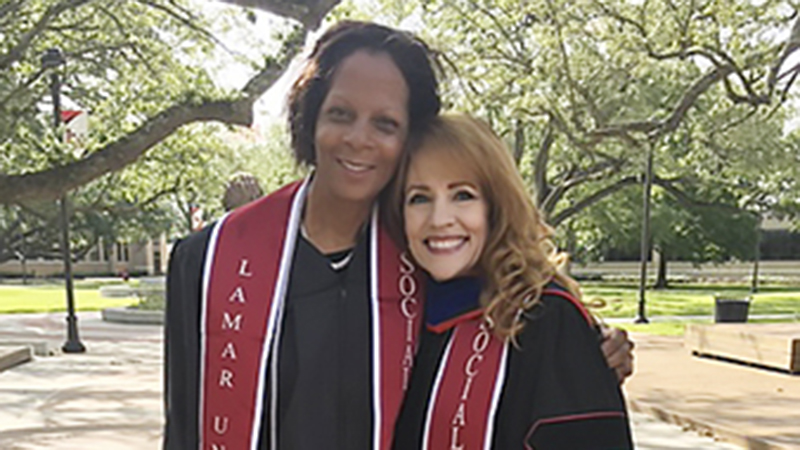 As Jackie Guillory wraps up her bachelor’s degree in social work, the 56-year-old Port Arthur resident doesn’t think she chose the profession.

“I think social work chose me,” she said. 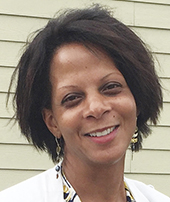 The sixth of 11 children, Guillory began to help out her father, a roofer, and watch her younger siblings while she was still in middle school in Port Arthur. Their mother passed away at age 43 of heart disease when Guillory was 12.

“There was a program in middle school where if you had good grades, you could work half a day,” Guillory said. “I was working, but I really went home.”

On top of all that, Guillory would tutor students at Franklin Elementary School in Port Arthur to help children behind in their reading and walk her younger siblings back home from school.

Her life in social work began before she knew it.

“I realized that’s what I was doing all my life,” Guillory said.

On Saturday, the mother of five and grandmother of five — who raises her 9-year-old grandson — will receive her degree from Lamar University. 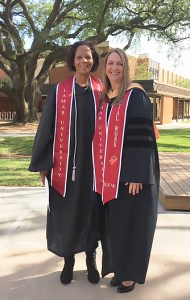 Guillory’s latest accomplishment is a highlight in a long educational journey. She transferred from Lincoln High School at the beginning of her senior year, 1981-82, and graduated from Ross Sterling High School in Houston.

“At 18, I didn’t know what direction I wanted to go,” she said. “I was more or less a homemaker. I went to Houston to see who I really was. I had three aunts living in Houston, and I stayed with one of them near Ross Sterling.”

While in middle school, Guillory would hang around her older sisters who were working in the hotel industry. After high school, she got her first job at the Driftwood Inn in Port Arthur and began taking classes at what is now Lamar State College Port Arthur in 1984, but she wasn’t sure that college was her thing.

She enrolled at Lamar University in Beaumont eight years later, but paused her studies to take care of her children — Ashley, now 28; Jamie, 26; Joshua, 23; Elijah, 20 and Godia, 17. Guillory was married for 14 years until she divorced her husband in 2006.

“My husband left right after Hurricane Rita,” she said, the big storm impacting Port Arthur in 2005. “When I got served [an eviction notice], it was on a Tuesday. That Wednesday, it was mandatory evacuation. At that time, I didn’t really have funds because it went to bills, and his funds were extra.”

A credit union did loan Guillory $200 to help her through the aftermath.

Guillory went to work at the Rape and Suicide Crisis Center in Beaumont in 2011, first as a volunteer and then full-time. With Elijah and Godia still under her care, their schoolwork came first again, and Guillory went back to volunteer status working the center’s hotline.

But she never lost track of finishing her own education.

While undergoing a mammogram — which came out negative — Guillory had a chance encounter with another woman who talked about putting her son through college.

“God put it to where I was talking with a friend named Bonnie about going back to school,” she said. “I thought, why would she want to help me? She gave me her name and number, and I gave her mine.”

That friend put Guillory in touch with Gail Showalter, a Nederland resident, author and former educator who invited her to lunch and told her about SMORE, a nonprofit organization that helps single mothers and offers financial assistance for those who want to complete their college education.

“I founded SMORE For Women in 2007, and in 2015, we began putting a focus on education,” Showalter said. “Education is a major factor for single women doing well. We managed to support Jackie through her studies at Lamar. We help single mothers motivated, determined and willing to work through their situations.”

SMORE stands for “Single Moms: Overjoyed, Rejuvenated and Empowered.” Showalter said 44 percent of children in Jefferson County live in single-parent homes and believes lives can be significantly enriched with education.

“I’m very passionate about it, I study it and I really believe it,” Showalter said. She was a single mom of three for 16 years until she married her husband in 1996.

Guillory went back to Lamar in 2017 and has been inducted into the Social Work Honor Society.

Again, continuing school was not easy. She had to rent a knee scooter to get around campus after suffering an ankle injury.

“I must have been weed eating, and it hit my leg, or I got into a fire ant bed,” she said. “I woke up one morning and I almost fell over, my leg felt so asleep. I didn’t know what was up until I saw my foot, and it was as big as a grapefruit.”

Through that, 400 hours of internship at Compassion Hospice in Beaumont, and taking care of her grandchild, Guillory will finally have her degree in tow. In lieu of a spring ceremony, as a precaution against coronavirus, Lamar invited graduates to walk during either the August or December ceremony. Guillory chose August.

It’s not the end of her education career, however. She’ll soon pursue a license and social work and wants to work on a master’s degree. When the COVID-19 pandemic ends, Guillory would like to take a temporary job with the U.S. Census Bureau and hopes she can land a position with a Veterans Affairs hospital in Orange or Houston.

“It’s like I tell my children, it may seem tough and overwhelming,” Guillory said. “Don’t give up on it, no matter how long it seems to you. Nothing is impossible. Don’t lose that dream of what you want to be.”