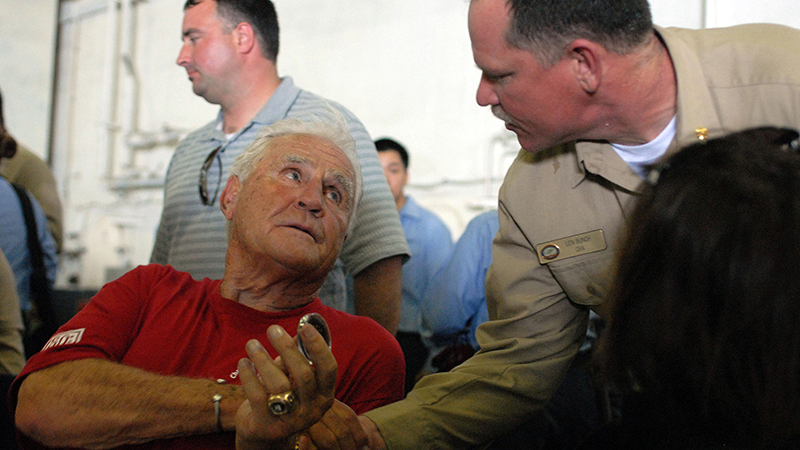 Don’t discount the wisdom of those that came before, especially if they lay claim to the only undefeated season in NFL history.

Duriel Harris, a 1972 graduate of Stephen F. Austin High School and 1976 graduate of New Mexico State University, recalled his experience playing football as a wide receiver under Don Shula and the Miami Dolphins in a story in Friday’s edition of The Port Arthur News. Shula, of course, was the coach that racked up the most wins out of any coach in the NFL, and he died May 4 at the age of 90.

A few things jumped out at me and helped me piece together a theme to Shula’s style, based on what Harris told me about his time with the Dolphins.

Harris described Shula as a hands-on coach that gave few compliments and expected the best from his team. I think it’s a safe assumption this description would apply to a whole lot of other coaches too, especially at the professional level. 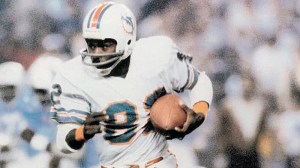 Durial Harris played for the Miami Dolphins under legendary coach Don Shula from 1976 to 1984. (Courtesy photo)

Some particulars stood out for Harris, though. One he mentioned was Shula’s “perfect plays.” The Dolphins would set aside an order of plays — about eight or so, according to Harris — and would run them in sequence, starting all the way back at the beginning if even one mistake was made.

The team didn’t move on until they got through the entire set of plays without making a mistake. Harris said he’d never forget that part of practice with the Dolphins, and that this level of perfectionism is likely why Shula’s team was one of the least penalized during that era.

Shula was also not averse to making his Dolphins practice hard in the hot Miami weather, according to Harris. The running drills might have been brutal at the time, but even Harris noticed they made a difference, especially when they saw visiting teams like the Raiders, while playing in black jerseys, show their exhaustion long before the Dolphins would. If those Dolphins were going to be beaten, it wasn’t going to be because they were out of shape.

Looking around for reasons why Shula was such a successful coach might eventually uncover a few circumstantial reasons, but the sky-high expectations the coach set for his team for sure played a big factor.

It certainly made Harris a better player. He admits that during his previous football career at New Mexico State he didn’t take practice all that seriously.

“I had a little more build than the other guys around me, so practice was so easy that I wasn’t challenged, and I didn’t push myself,” Harris said. “Once I got to Miami, Coach Shula pointed that out to me, and said, ‘I expect more from you in practice. I know you can do it in a game, but you’ve got to show it to me in practice too.’”

Harris grew up fast when he joined the Dolphins in 1976.

“I got my feet wet in training camp, then he threw me in the ocean during the regular season,” he said.

That Dolphin learned to swim. Harris recorded 5,055 receiving yards and 20 touchdowns in his career.

Shula, for his efforts, got 347 wins before retiring after the 1995 season. Those high expectations made a stellar career for Shula and Harris, one of our own homegrown NFL stars.

Aim high, and you could be one of them, too.