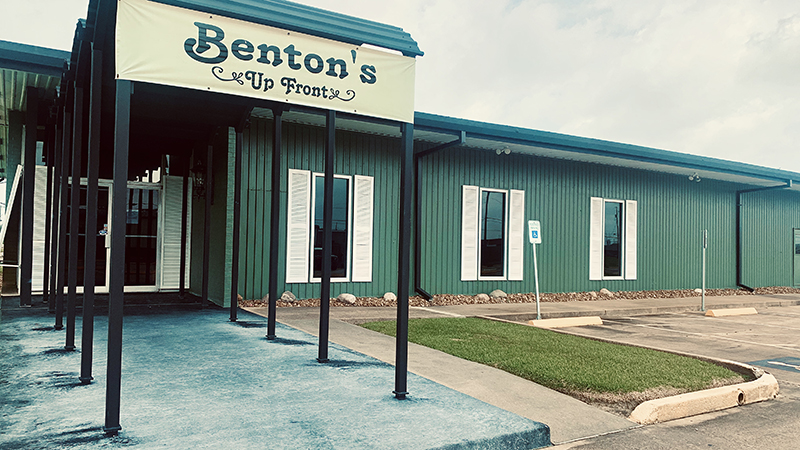 NEDERLAND — Benton’s Restaurant and Events is closing its doors after 45 years of service.

The family-owned restaurant served Southeast Texas as the Pompano Club for more than 35 years. After Hurricane Harvey, the private supper club rebranded and opened its doors to the public in 2017 as Benton’s.

This time, the doors will remain closed.

Benton’s announced on its Facebook page Wednesday it is saying goodbye to nearly half a century of “countless laughs, smiles, dances, swims and amazing meals.”

Amanda McLauchlin, whose grandfather Ed Hughes started the Pompano Club in the 1970s, said it has been a pleasure to serve the community for the last four decades.

“My grandfather started this tradition so long ago and it was something that he truly loved,” McLauchlin said. “He loved going to the Pompano Club and interacting with everyone. It was always about the people for him.” 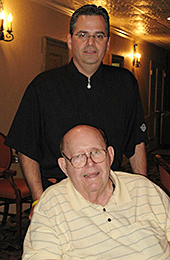 A photo of Ed Hughes, pictured in yellow, who started the Pompano Club in the early 1970s, and former Lamar men’s basketball coach Steve Roccaforte, surfaced on Benton’s Facebook page.

Hughes’ remaining daughters and sons carried on the tradition long after he passed away by bringing the club and restaurant into the 21st Century.

Unfortunately, disaster struck in 2017 and waves of distress continued to follow.

“My mother used to use the word ‘calamity,’” McLauchlin said. “I think that word is fitting because it is a calamity. Hurricane Harvey hit us hard in 2017. That event was the catalyst.

“In the last year alone we’ve had Hurricane Imelda, the TPC explosion and then in the last few weeks we were closed due to COVID-19. Considering about 80 percent of our revenue came from large events, we just couldn’t do it. We still aren’t sure how this virus will restrict those kinds of events in the future.”

As a spokesperson for the Hughes family, McLauchlin said after years of service it is the community that will be missed most.

“It’s the people,” she said. “No doubt. We just really want them to know how much we appreciate them and being apart of all of their special moments from birthday celebrations to Aqua Balls and weddings.” 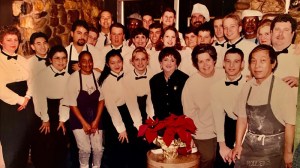 Benton’s shared this old staff photo on its Facebook page Wednesday after announcing the permanent closure of the restaurant.

Elisabeth Tatum, now a teacher for the Port Arthur Independent School District, said her favorite memory at the club was the Port Neches-Groves and Nederland High School Aqua Ball held at the Pompano every year in May.

“It was a blast,” she said. “Everyone got to dress up fancy and have a reason to celebrate with their friends one last time. It was better than prom.”

“Our girls would have their swimsuits on before breakfast, ready to head out to The Pompano,” she said. “Our youngest, who was really little when we first started our summer tradition, would sport her swimsuit and announce, ‘Let’s go to the club!’ The big highlights were shrimp night, poolside ice sculpting and getting the monthly newsletter and seeing your kids pictured there.”

McLauchlin said it will all be missed.

“We’ve loved serving various groups in our community,” she said. “That’s what the Pompano Club and Benton’s was all about and that’s what we will miss most.”

At this time, there are no plans regarding the current property.