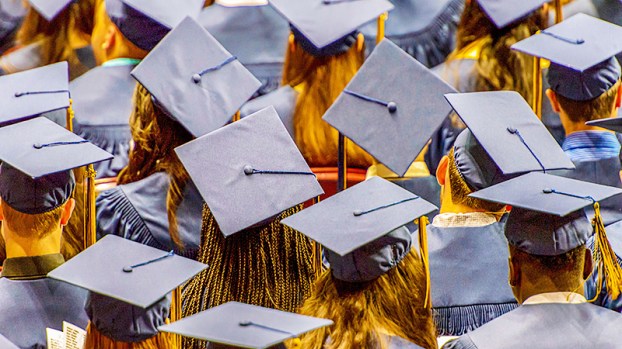 I.C. MURRELL — No graduation is perfect, but it can be engaging

So, what’s a few weeks worth waiting before graduating rather than hastily scheduling an all-too-virtual ceremony?

If graduation ceremonies were perfect, mine would have been held no later than the week I took my last class at Dollarway High School — in the football stadium, with sundown providing the perfect hue.

Today marks 22 years since I took my last class there and my prom that evening. I graduated 18 days later in the same downtown arena where Michael Jordan and No. 1 North Carolina lost to Arkansas in the final seconds 14 years earlier — not out of town but in a rival school district.

(Much like Port Arthur pre-2002, three high schools serve a now-smaller Pine Bluff, but one for each district.)

We’re in a new decade, let alone new century, and desperate times should not call for desperate measures. The senior class of every high school and homeschool in America will celebrate a graduation unlike many others.

If planned right, the youngsters who sweat through 12-plus years of hard-nosed education will enjoy as personable an experience as I did, crisis notwithstanding.

If planned without much thought, the seniors will be left to wonder, “Why me?” (Then again, I’ll be left to explain “Why not me?” when I give a baccalaureate speech May 31.)

The Texas Education Agency this week gave four different ideas on how school districts should conduct commencement exercises: Virtual ceremonies that are conducted completely online, hybrid ceremonies integrating videos of in-person recognition of students in small groups; recognizing each student and his/her family in each vehicle; and outdoor in-person ceremonies in rural counties with five or fewer laboratory-confirmed cases of coronavirus at least seven days before the ceremony.

(Well, we know Jefferson County doesn’t qualify for the latter until June 1, when an outdoor ceremony may take place in any Texas county.)

While I just stated my perfect idea of graduation, a friend of mine has an awesome suggestion for local high schools still sorting out plans for graduation:

Take your local football stadium, seat everyone 6 and older at least 6 feet apart (little kids can be together in small groups for supervision), and on the field, each student and teacher observe the same social distancing practice while being seated and lining up to receive diplomas.

Lord knows we all need a hug after this pandemic is over with, but we waited this long to stay safe. So, what’s a few weeks worth waiting before graduating rather than hastily scheduling an all-too-virtual ceremony? Whether it’ll be safe to do so much as fist bump fellow graduates outdoors, we’ll soon find out.

My biggest suggestion for each school district is this — whatever you choose to do with graduation, always putting safety first, make sure it’s an engaging one for our young folks and their families who need something to celebrate as we face the future together. We should care about and love on them that much.

Imagine Port Arthur, the result of a community’s vision that is developed through input from residents, business professionals, community stakeholders,... read more