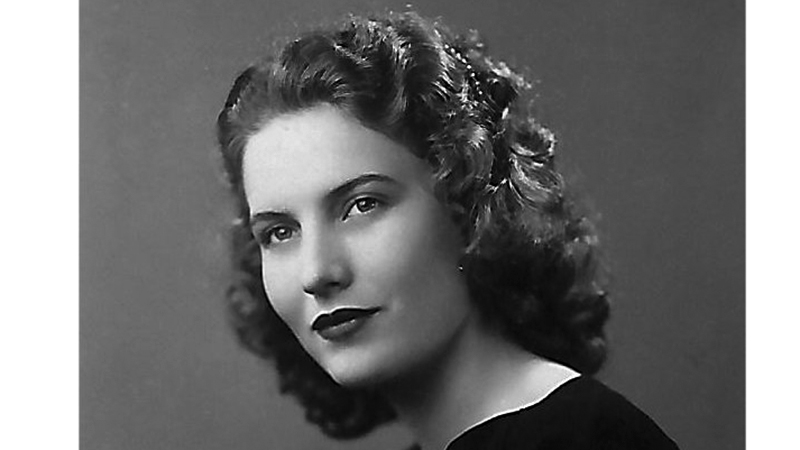 Janet Sappington, 91, of Grapevine, Texas passed away Saturday May 2nd in Lewisville, Texas.

She was born on October 27, 1928 in Port Arthur, Texas to Sam Butler and Winnie Yarbrough Butler.

She lived in Port Arthur for 78 years before moving to Sugar Land and then to Grapevine Texas.

She was a graduate of Thomas Jefferson High School and Lamar University and also attended Baylor University.

For 10 years Janet was a social worker for the Lena Pope Home for Children in Fort Worth Texas.

She handled various roles such as helping at risk kids and mending broken families.

In 1960 she married Dr. Thomas “Tony” Barnett Sappington Jr. and they had two sons, Tony and Scot.

Before the passing of her husband she was active in the Port Arthur Cavoilcade celebrations, the Service League of Port Arthur, and the Ladies Medical Auxiliary.

Widowed in 1971, Janet suddenly became both mother and father to her two boys.

She quickly learned how to manage all aspects of the household. In many respects she had to manage her affairs in a man’s world.

Intelligence, determination and toughness were her biggest strengths.

She had an incredible instinct for identifying people she could trust.

A short time after her husband’s passing she earned her bachelor’s degree in Education, completing her student teaching at Thomas Jefferson High School.

Later in her life she was befriended by Mr. John Aquilina who was a perfect gentleman to Janet and a wonderful example for her two sons.

No son could ask for a stronger, smarter or more loyal mother.

Her toughness was well known to all that knew her.

Janet’s strength was born of necessity and faithful love for her family.

She fought hard for her boys to have a safe and stable environment throughout their childhood.

Janet would like nothing more than to have her example instill strength into others.

She is preceded in death by her parents and husband, her son Thomas “Tony” Barnett Sappington Jr III and her brother Charles Butler.

In lieu of flowers the family asks you help a family member, friend, or neighbor impacted by Covid-19.

Funeral will immediately follow at 11:30 with burial at Greenlawn Memorial Park 3900 Twin City Highway in Groves.