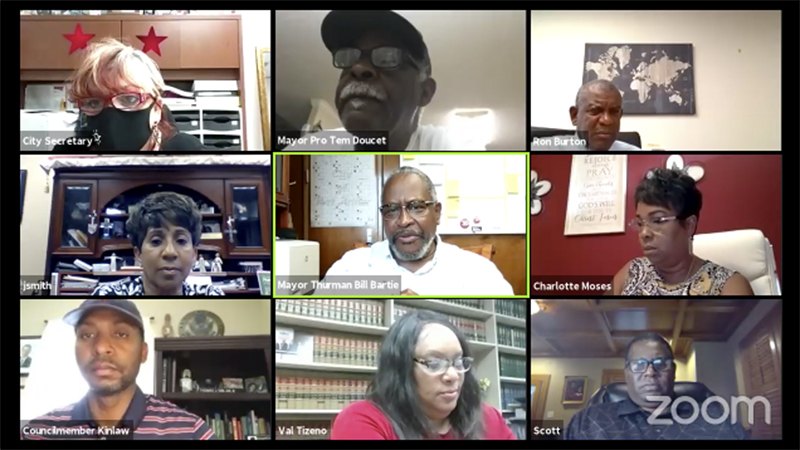 Port Arthur councilmembers are pushing to have more citizens undergo testing for coronavirus.

As of Monday, the six-county Southeast Texas Regional Emergency Operations Center, or EOC, received 6,560 calls to its call center for COVID-19 testing. The EOC tested 4,340 persons, but Port Arthur Health Department Director Judith Smith told the Port Arthur City Council on Tuesday approximately 400 of those tested were from Port Arthur, less than 1 percent of the city’s population.

“It would have been good if it were over 1 percent,” Smith said. “We have not seen the amount of testing in our city that a lot of the other areas have seen. Even if we were participating in performing the tests at the airport, a majority of those were not Port Arthur residents.”

That statistic seemed to startle councilmembers.

“I don’t know what more we can do to get the numbers up,” Councilman Thomas Kinlaw said. “The mayor is pushing … guys, we’re not getting enough testing. What else can we do to get that media exposure to get people in our city limits to get testing?”

Councilwoman Charlotte Moses suggested notes about testing be placed in utility bill envelopes from the city. City Manager Ron Burton said he would get started on that.

“Until we turn every stone, I don’t want to close the door of opportunity to test in Port Arthur,” Moses said, adding she and her husband, the Rev. Albert Moses, will test. “Four hundred is not enough people.”

Port Arthur is hosting an alternative testing site from 9 a.m.-4 p.m. Wednesday at the Bob Bowers Civic Center, but by appointment only. The number to call for an appointment to the alternative site or the airport is 409-550-2536.

Smith updated the racial breakdown of those who have contracted coronavirus in Port Arthur. Out of 46 individuals as of Monday, 21 are African American, 16 are Hispanic, seven are white and one is unknown. (The other was not reported.)

Twenty-three of the 46 individuals have actually recovered and 19 are still in quarantine, Smith reported. Four patients have died.

The department tracks each patient by using contact tracing, an investigation method that identifies persons who had been in contact with a patient.

“There were some individuals that received positives and who had no symptoms at all,” Smith said.

“We still are encouraging the community to be very vigilant,” she added. “The CDC recommends — it’s not mandated — but the CDC recommends when people are out in public where you cannot do social distancing that you do wear a face covering, whether it’s a cloth or something to cover the mouth.”

There were 335 cases in Jefferson County, with 254 coming from Beaumont, and 22 deaths. In the county, 77 have recovered.

Despite a limited number of test kits available, Smith suspected some people do not want to be tested for fear of having to be quarantined and miss work.

Mayor Thurman Bartie requests those 65 and older to stay home unless otherwise necessary, although Texas began a soft reopening of business on May 1. Bartie said he thinks the order from Gov. Greg Abbott allowing certain businesses to reopen “is a bad idea.”