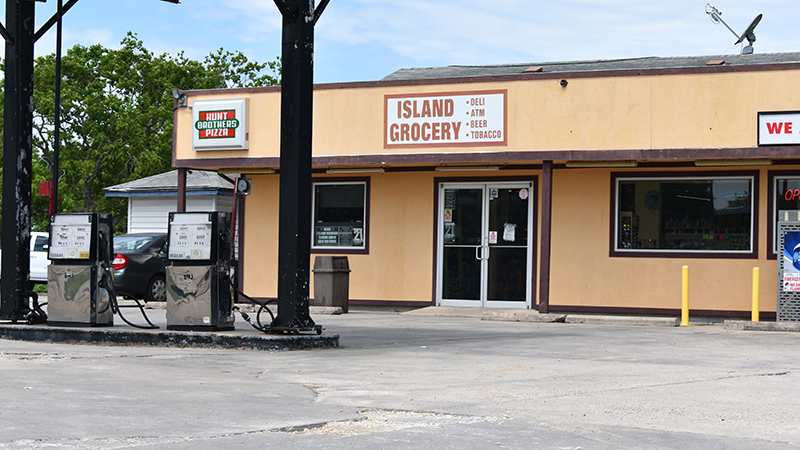 An armed man attempted to carjack a couple outside Island Grocery on Pleasure Island on Tuesday. Not long after the altercation, the gunman attempted to rob another couple down the road but was fatally shot by the victim. (Mary Meaux/The News)

A violent robbery suspect was fatally shot by his would-be victim on Pleasure Island, ending a crime spree that started with a stolen police unit in Louisiana.

The deceased is identified as Leon Jones III, 25, of Opelousas, La. 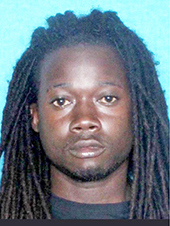 Opelousas Police Chief Martin McLendon said an officer investigating a drug complaint at 10:20 a.m. Tuesday exited a police unit unlocked when a man came out of a hotel room, got in and drove off.

The unmarked black SUV had police equipment inside; an AR15 in the back compartment and body armor. McLendon said his department immediately notified law enforcement in that area and believed the vehicle was headed to Texas.

Louisiana State Police were also notified and able to get an ID on the vehicle when it was about 25 minutes from Rayne, La.

From there the suspect reportedly exited the highway and took backroads and at approximately 7 p.m. or so Tuesday, McLendon was told of the shooting in Port Arthur.

“(Jones) was not a suspect in any crime,” McLendon said. “He just happened to be in that place renting a room and either noted when the officers exited the vehicle or that it was unoccupied and he intended to take it. He was not part of the initial investigation at all.” 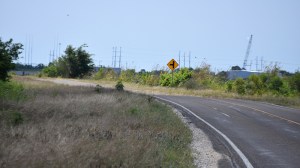 A man fatally shot a Louisiana man who was attempting to rob him at gunpoint just beyond this stretch of Texas 82 on Pleasure Island on Tuesday. The highway sign indicates where the South Levee Road meets the highway.

Port Arthur Police Det. Mike Hebert said local authorities received a call at 6:36 p.m. Tuesday in reference to a robbery and a man with a gun at Island Grocery on Pleasure Island. Responding police were prepared for an active shooter situation.

That’s when officers learned an armed man driving a dark colored SUV “approached a couple in a vehicle, brandished a firearm, pointed it at them and tried to open their car door.”

The couple immediately tried to leave the store parking lot, striking another customer’s vehicle as they fled. The customer was inside the store at the time.

Witnesses told police the suspect then headed south on Martin Luther King Boulevard and stopped the SUV in about the 1000 block of South Levee Road.

This is the area where the South Levee Road connects to the main highway on the Island.

“At this point he approached a woman from Beaumont who was crabbing with her husband,” Hebert said. “She was on the levee side of the roadway and he was fishing in the Intracoastal canal when the suspect approached her and demanded money. She turns and runs at her husband.”

The gunman walked up to the husband with his gun pointed at the victim who by this time had grabbed his firearm and there was an exchange of gunfire at close range, police said.

The assailant was shot several times in the upper body and was able to return fire before falling to the ground deceased. The female sustained “a very superficial wound to her upper arm” and investigators are trying to determine if the wound was from a bullet fragment or flying glass from the gunfire.

Hebert said police do not have a motive for why Jones came to Pleasure Island or what led to the attempted robbery spree.

The investigation is ongoing with Port Arthur Police working with Opelousas Police.

“We will say that the acts of the husband and the wife were heroic,” Hebert said. “There is no telling what this individual would have done or was going to do once he was on a mission to conduct robberies.”

The male victim who defended himself and his wife have concealed handgun licenses, Hebert said.

“What a nightmare it must have been,” he said. “Every other Port Arthuran loves Pleasure Island. Mid-County, Beaumont loves to come to Pleasure Island. I’m sure it certainly was an initial shock to them, the husband who defended his wife. It was very heroic.”

Family members of the deceased have been notified.

Once the investigation is concluded, the case will be given to the Jefferson County District Attorney’s Office.

PAPD officials said they do not anticipate any arrests.