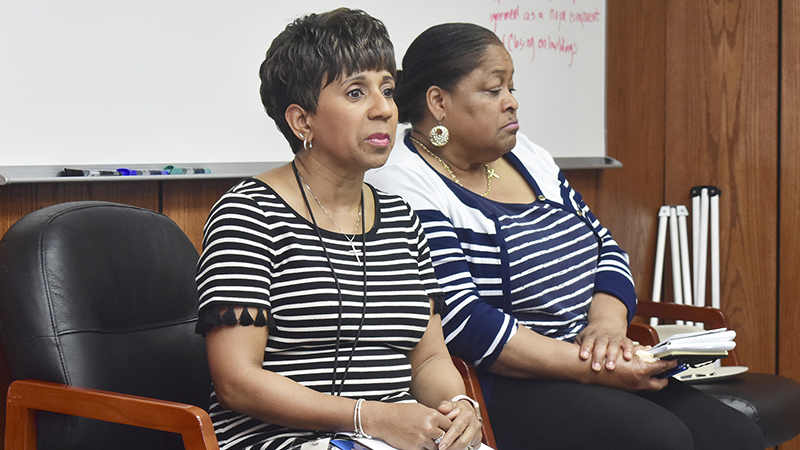 (Editor’s note: This article was originally titled “Deceased PA resident was hospitalized again after coming out of quarantine, PAHD director says.” It has been updated to reflect the name of the individual and correct the age range of another coronavirus-related fatality from Port Arthur.)

The fourth person from Port Arthur to die from coronavirus-related causes had self-quarantined before being admitted to the hospital on April 6 and was never discharged.

Family members say Chris Stewts, 68, died at 1:30 a.m. Sunday, almost a month after he was admitted to a Beaumont hospital. The Port Arthur Health Department announced the death Sunday, without identifying Stewts.

“A person may have some type of recovery and may not. We don’t know what the person is recovering from. We do know for many people who have the underlying conditions — put this on top of [coronavirus] being new — you don’t know what it’s going to do.”

It’s not known whether someone who had coronavirus can attract the disease again or if the deceased tested negative at the end of his first quarantine.

Port Arthur’s most recent positive case of COVID-19 was announced Saturday, a female between ages 45-50.

Of the 46 cases, the victim’s race has been identified in 43 of them. African Americans have the highest count of positive cases with 21, followed by Hispanics with 14 and whites with seven.

Two of the deceased patients in Port Arthur were white. The first reported death was a white male later identified as John Kirk Veillon, 47.

An African American woman between ages 55-60 and Hispanic male 65-70 from Port Arthur also died due to COVID-19.

As with many recent positive cases, the deceased male confirmed Sunday attracted the virus by community spread and not by travel.

Smith said she would give a presentation to the Port Arthur City Council on Tuesday detailing the recovery rate of COVID-19 patients as well as the number of quarantined patients and how many in Port Arthur have tested.

Smith said she prays the soft opening of business in Port Arthur and all of Texas does not result in a bigger curve of reported cases.

“We’ve been reporting not four or five cases per day as I was in early April,” she said. “I know a lot of the worship centers are still streaming because they are wanting to see how this is going to go, because that is a very good idea, but I pray and hope they follow the guidelines related to social distancing. Unfortunately, until there is some type of vaccine, this is probably what our new normal looks like.”