Only 1% of PA residents tested; Officials want more in process 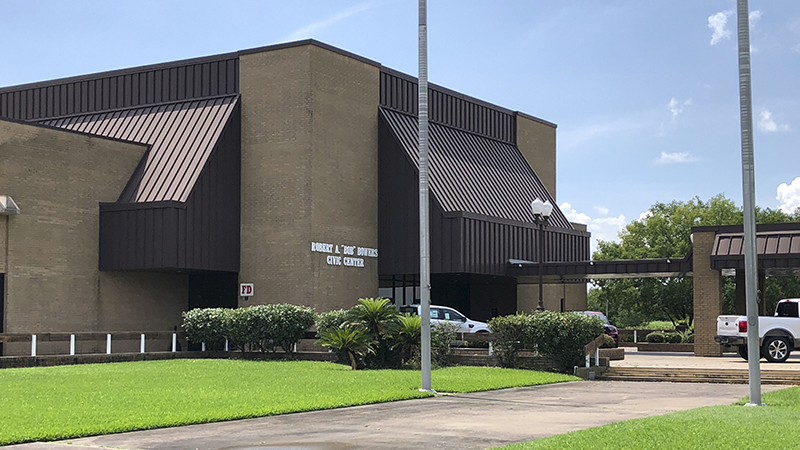 The Robert A. “Bob” Bowers Civic Center will be an alternative COVID-19 testing site for Port Arthurans by appointment only Wednesday (May 6).

This one-day event will be open from 9 a.m. to 4 p.m. at the civic center. Individuals do not need COVID-19 symptoms to request testing but must show proof of residency to be tested at the alternative site. To schedule an appointment, call 409-550-2536.

The Southeast Texas Regional Emergency Operations Center recently made the announcement of the civic center testing site, as well as a May 5 site for Orange County residents.

Davilyn Walston, public affairs officer, said only 100 appointments will be scheduled at each location. The reason for the alternative sites — testing is underway at the Jerry Ware Terminal at the Jack Brooks Regional Airport — is a bid to reach more residents.

The EOC will include a testing site in west Hardin County and is working on a site for Fannett.

The total number of Port Arthur residents that have been tested isn’t high, 541, compared to a population estimated at approximately 50,000, which is roughly 1.02% of the city.

Walston said 3,609 people have been tested in the six-county area that includes Jefferson, Orange, Hardin, Jasper, Newton and Tyler.

She said it is important to be tested even if the person is asymptomatic as there have been people without symptoms test positive. For example a child may be positive with no symptoms while a family member is symptomatic and positive.

Port Arthur Mayor Thurman Bartie is glad the EOC is doing the testing of Port Arthur residents. The reason is to have a representative sampling of the population going into Phase 1 of the reopening of the state.

Judith Smith, director of the Port Arthur Health Department, hopes residents will come out and be tested, considering there is no specific symptom criteria.

“It is important for people to be tested mainly because of contact tracing,” Smith said. “Some may have mild to no symptoms and think, well, it may not benefit me to be tested but it is especially if you are around someone who is immunocompromised or fits into the high risk category, the more important reason to be tested.”

Smith said Port Arthur didn’t see a positive case until March 26, which is when the city began recording cases. The city then started to be inundated with contact tracing.

But when the health department does call a person with news they have been in contact with a COVID-19 positive person, they are not allowed to say who the person is due to medical privacy laws.

“When we call an employer, we can only say that one of their employees tested positive,” she said. “Yes it’s good for the employee to tell the employer. That way they know who it is and can oversee the situation.”

The health department, she said, has been doing contract tracing for years for different types of diseases such as tuberculosis.

If you would like to be tested for COVID-19, you can also call 409-550-2536 for an appointment. After testing, you will be required to self-isolate until test results have been returned.

The Call Center is open from 8 a.m. to 5 p.m. Monday through Friday. Testing is free for everyone.

The Call Center has received 6,108 calls since opening, with 186 calls received Thursday and 132 on Wednesday.

3,777 patients have been tested since the Call Center opened, health officials said.