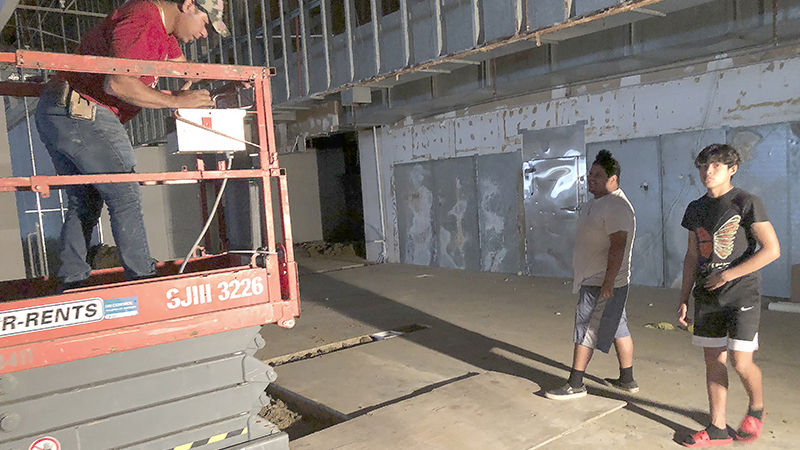 Jacob Farieira, Fernando Rodriguez and Martin Sanchez work on the interior of the future site of La Vaquita Meat Market at the corner of Gulfway and Jefferson drives. (Brad Robichaux/The News)

The Port Arthur City Council unanimously approved a $245,170 conditional grant from the Port Arthur Economic Development Corporation to PA Development Group LLC, the developers of a new multi-business center at the site of the old Market Basket on Jefferson Drive.

The center is expected to include a market, restaurant and retail center.

La Vaquita Meat Market has been secured as an anchor tenant.

As conditions, PA Development Group must provide evidence of completing qualifying infrastructure improvements for 30 percent of the reimbursement, a certificate of occupancy for the restaurant for 35 percent and a certificate of occupancy for the retail tenant space and evidence of additional tenant spaces to be leased for 35 percent.

In the grant agreement, the PAEDC encourages the PA Development Group to hire Port Arthur residents for development and to utilize architects, engineers and general subcontractors from a nine-county Southeast Texas region. 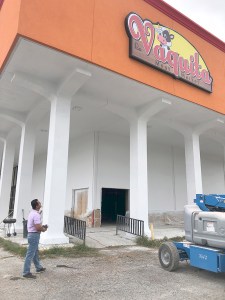 Carlos Uriostegui stands out in front of the future site of La Vaquita Meat Market. He says the white facade will all be painted in the near future. 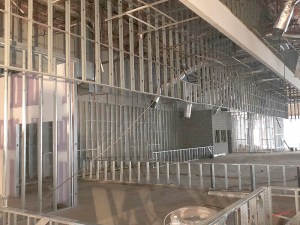 The large interior of La Vaquita Meat Market is still being renovated.