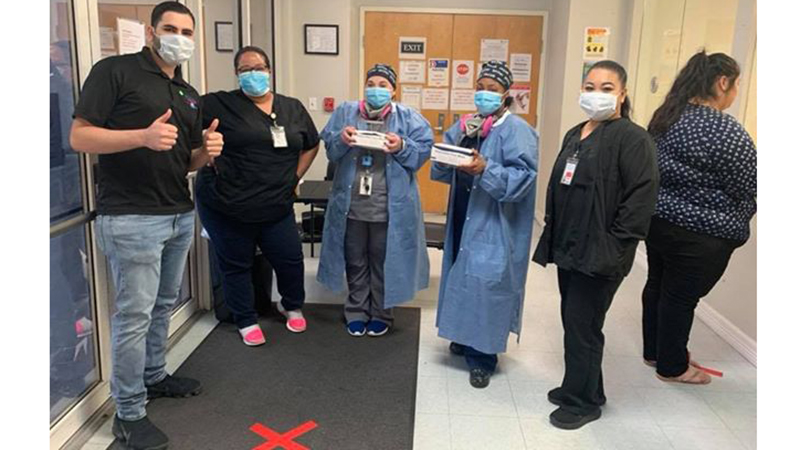 If I’ve learned anything from living in this area for so long, it’s that the community always comes together to help others.

And now, as we deal with a global pandemic, there are people and businesses stepping forward to give supplies and more to police and other first responders.

Here’s a partial list of what has been donated of late to the Port Arthur Police Department, of which they are grateful:

“We are very humbled by what we get from the community everyday, not just during times of crisis like we have now,” Nederland Police Chief Gary Porter said. Porter said he and the department are very thankful to work in an area where the citizens give so much support. It also shows what a special place this is, he said, adding the police will work hard to keep the public’s support.

Port Neches Police Department received a number of donations as well, some of which include thermometers and gloves from TOTAL and Camille Briggs and lunch by El Viejo Tony Bar and Grill.

“We also have received food and meal donations from individuals and businesses,” Port Neches Police Chief Paul Lemoine said. “It seems like we go from one disaster to the next here, and the community always responds to the needs of first responders, even when they themselves are affected. It goes to show you that the citizens band together to take care of their community and their first responders, no matter the occasion.”

Groves Police Department also received a number of donations from the public and businesses of which they are grateful, Groves City Marshal Norman Reynolds Jr. said in a Facebook post.