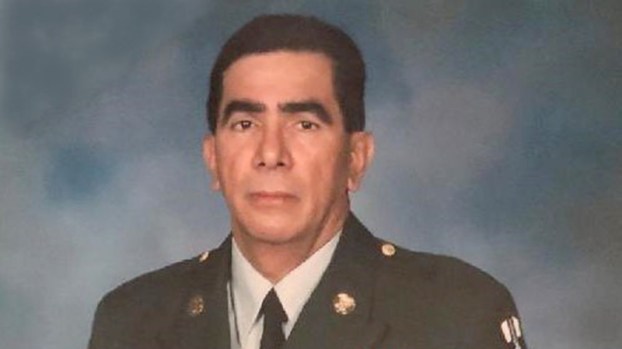 Al was born in Colon, Panama on October 10, 1946 to the late Ruben Navarro and Eva Polanco.

In 1956 Al moved to the United States where he became a life-long resident of Port Arthur, Texas.

He served in the United States Army from 1966-1968 during the Vietnam War.

Al also served in the Texas Army National Guard and the U.S. Army Reserves and retired as a Sergeant Major.

Al graduated from Lamar University in Beaumont, Texas and was a member of Our Lady of Guadalupe Catholic Church.

Al enjoyed baseball and was a huge fan of the Houston Astros.

He served as president of the Vietnam Veterans of America, chapter 343 in Houston, Texas and was a member of 282nd Assault Helicopter Company “Black Cats”.

Al had a great sense of humor and a big heart. Al was humble and kind to all and will be dearly missed by many.

Those left behind to cherish his memory are his loving wife of 50 years, Ernestine Navarro; daughter, Eva Navarro; son, Alberto “Albie” Navarro Jr and his wife, Melanie and their two children, Alejandro and Esabella; half-brother, Alfred “Eddie” Rushing Jr.; sisters-in-law, Helen Davis and her husband, Jim; Mary Lou Arciva; Josie McKinny; Veronica Elchehabi and her husband, Ziad; Pauline Subia and her wife, Barbara; brother-in-law, Felipe Subia Jr., and his partner, Patricia; and a host of nieces, nephews, friends and relatives.

Due to the Coronavirus-19 a Memorial Mass for Al will be scheduled at a later date.