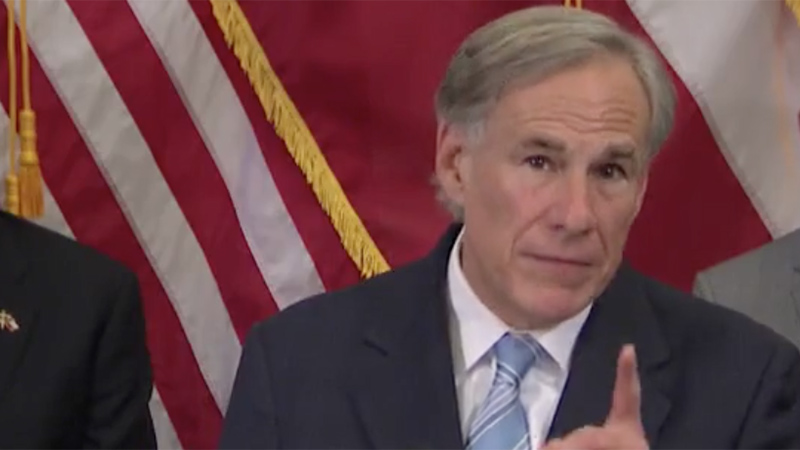 Gov. Greg Abbott on Monday announced a two-phase plan to reopen the Texas economy after a nearly two-month battle against the spread of coronavirus.

The first phase will allow most businesses to reopen beginning Friday (May 1). In an executive order Abbott updated Monday, all licensed health care professionals may return to work but must comply with minimum standards for safe practice during the COVID-19 disaster.

Every licensed hospital must also reserve at least 15 percent of its capacity for treatment of COVID-19 patients.

All retail stores, restaurants, movie theaters and malls may reopen at that time but must limit occupancy to 25 percent of its capacity. Within shopping malls, food courts, play areas and interactive displays and settings must remain closed.

“The most important element of this plan is protecting the most vulnerable Texans,” Abbott said in a news conference streamed online. “More than 75 percent of the deaths in Texans have been those 65 and older.”

Abbott said the state is redoubling its efforts to protect senior citizens, encouraging the most vulnerable to remain at home and touting better protocols at senior nursing home centers.

Also in the first phase, outdoor sports are allowed but with no more than four participants at any one time. And museums and libraries may open with maximum occupancy at 25 percent, but “hands-on” areas of museums must remain closed. (Single-person offices may reopen as well.)

If Phase I is successful, Phase II will raise the maximum occupancy of most businesses to 50 percent.

Factors for the progression to the second phase, Abbott said, will include how the state’s hospitalization rate looks and the number of deaths.

“We’ve seen a decrease,” he said. “Does that trend continue or spike up? There’s no one single factor we look at.”

Health officials do not want barbershops, hair salons, bars or gymnasiums to reopen just yet, but Abbott said that could happen May 18.

“We want gyms and hair salons to open ASAP,” Abbott said. “We do have strategies to avoid have customers come in and aggregate. The goal is to find safe ways in which people can work in close contact while limiting the spread of COVID-19.”

Abbott listed four focus points in his reopening plan: A commitment to continue safe distancing practices, reliance on doctors and data, a focus on protecting the most vulnerable and a reminder it is entrepreneurs who drive the Texas economy.

“We will be able to do some things that bring us physically closer but still socially distant to reduce to spread of COVID-19,” said John Hellerstedt, commissioner of the Texas Department of State Health Services.

Individuals who violate the executive order face a fine of up to $1,000 and/or 180 days in jail. Businesses in violation face losing their licenses.

“We wanted to make sure we opened up as quickly as possible, but as safely as possible,” Abbott said. “We would not be making a decision to open up Texas without medical advice.”