STRENGTH: Texas State Optical evolves along with field of optometry 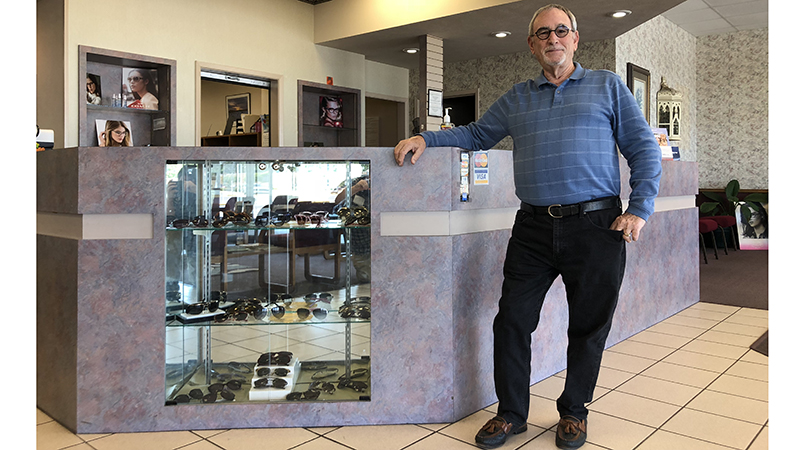 (Editor’s note: This is one of a series of stories published this weekend in Part 4 “STRENGTH” of The Port Arthur News’ 2020 Vision For Success series. The series appears each weekend in April and can also be read at panews.com.)

Dr. Barry Davis has been around long enough to see the changes his profession has went through in the practice of eyecare.

Optometry has gone from the practice of prescribing and fitting glasses to one that also includes diagnostic and therapeutic services. Dr. Davis says, with the exception of surgery, optometrists can do nearly everything ophthalmologists can do. The profession has evolved significantly over the years, and Dr. Davis and Texas State Optical have evolved with it.

“I was around when optometry really began to change its scope of practice,” he said. “In the early days when I first got out of school, we examined eyes, we fit glasses and we fit contacts.”

The field now has many advances in technology to technology to further enhance the ability to care for patients’ vision and eye health.

Pam Housley, the general manager for TSO at 3429 Twin City Highway and 8700 Central Mall drive, has been with TSO for 35 years and has seen the progress optometry has gone through.

“Now when the optometrist goes to school, they learn therapeutics and have a greater knowledge of pathology,” Housley said. “They can prescribe medications, which years ago they could not do. The field of optometry is progressing rapidly.”

The field of optometry expanded to include the use of diagnostic drugs, therapeutic practices and even treating glaucoma, things that before were reserved for ophthalmologists.

After leaving school, Dr. Davis, along with prater Dr. Don Reeves. has returned several times to attend classes to expand his own practice.

“First came the diagnostic drugs that we were able to use, and that one I don’t remember being too difficult,” Dr. Davis said. “I think we had to go back for 30 hours. We went to the University of Houston and took that.”

The optometrists returned again to be certified for therapeutics, which included another 80 hours of classes, taking nearly six months.

Doctors Davis and Reeves took their time adapting to the new practices once they became certified and eventually offered them at their offices.

“We came back and we didn’t jump into it right away,” Dr. Davis said. “He and I were both very conservative in that respect, and we started taking things at our own comfort level. We didn’t go out on the deep end like a lot of these other doctors did.”

The doctors returned to class again for certification to treat glaucoma. Even then, the doctors kept their practice on the conservative side.

“We had to go back and take another 30-hour course,” Dr. Davis said. “If someone who we diagnose with glaucoma doesn’t respond to very simple treatment, like one drop at night, we refer them to an ophthalmologist. We just don’t want to take that chance.”
Dr. Davis, himself, was once on the front lines battling for his profession in the realm of state politics.

“We got all these new laws passed, and I was testifying before the Senate Health Committee and going through the political process,” he said. “I use to be the shy and bashful kind of guy, and I decided that those Senators put their pants on the same way I do.”

In the early days of Dr. Davis’ practice, his instrument was the ophthalmoscope. Slit lamps, used to help see into the eye, were still gaining traction among doctors. Now, machines can take detailed pictures of the eye in mere seconds, showing doctors more than they ever saw. Machines like an optomap make diagnosis much easier, Dr. Davis said.

“This digital camera takes a picture without dilation in a quarter of a second, and these are the different views that you sometimes get, I think its 160 degrees,” he said. “I have seen more pathology with that than I have found with an ophthalmoscope. I don’t know how we ever lived without it.”

Other machines include the autorefractor, which can scan the eye to determine a patient’s prescription. Dr. Davis said it’s useful to get in the ballpark of the patient’s needs, and that it’s great for helping children, especially if they aren’t as cooperative as adult patients.

Dr. Davis said before one of the only ways to detect glaucoma was by measuring the interior pressure of the eye, and sometimes glaucoma would be present without abnormal pressures.

Many of the eye charts used in TSO exam rooms are now digital screens that automatically adjust their letter sizes based on the distance the patient is from the screen.

The diagnostic prowess of the optometrist’s office is far ahead of what it once was.

“Some of the technology I love, like the rental imaging pictures,” Housley said. “People really need to understand the importance of what that machine can do. The doctors can detect cholesterol and see vascular changes due to diabetes. The permanent visual record of the inside of the eye can be compared each year for any changes.”

Innovations have come to eyewear as well. Soft contacts were introduced in the 1970s, and Dr. Davis said TSO was one of the first offices in Texas to offer them.

“I had patients come in from Houston to get fitted,” Dr. Davis said. “Bausch and Lomb was the first company to come out with them in 1972. Now there are tons of them. We’ve got a room in back filled with trial lenses. This allows patients to try them, and the doctors can evaluate the fit and comfort of the lenses.”

“Soft contact lenses have advanced so much,” Housley said. “They’re constantly improving by becoming more comfortable by retaining moisture and preventing dryness. They continue to make advances in that.”

Eyeglasses have their own updates as well, including nearly indestructible frames without screws that can withstand the wear from use by children. Some frames are customizable such as Funoogles, which have different frame fronts and temple color options that are interchangeable.

Safety glasses have developed a sportier look over the years and have included features like removable facial cavity seals that offers greater protection from dust particles.

When it comes to new technologies, Housley is eager to give them a try.

“I like change,” she said. “I find the changes in optical products is very exciting. Every new product is considered from the standpoint of how will this make the patient look better, feel better and see better.”