Avenue Axe details expansion plans for more inside, outside fun 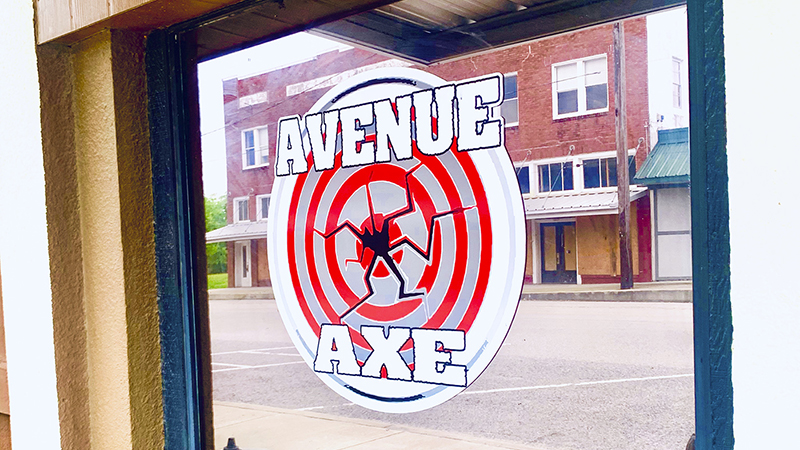 Avenue Axe is repainting the outside and inside of the building as part of renovation upgrades expected to be complete in June. (Cassandra Jenkins/The News)

PORT NECHES — Avenue Axe is getting a makeover. 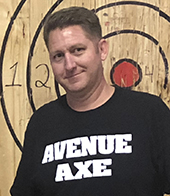 “We are sprucing up the avenue a little bit,” Reeves said. “We’re getting rid of the dull brown, expanding the parking lot, installing a new front door, etc. The walls are multi-colored so we’ve added a brick façade to one side of the room, a trim to another half and we’re changing the flooring, getting an overlay down to stain it. We are adding some lighting and try to keep some of the old building feel of it.

“The way it is now, it’s an old building style. We left it like that when we weren’t using it. Now we want to spruce it up. We want to make it more presentable.”

A 1,600 square foot party room will also be attached to the building expanding from a 125-person space capacity to 250.

The axe-throwing arena can hold 50 people with 30 to 45 in the sitting area.

“It was always an idea to do something with the extra space,” Reeves said. “We weren’t sure, but seeing the need, we wanted to try (the party room) out and see if that works. We’ve only used it a couple dozen times for birthday parties, corporate events but we want to do more.”

More includes the addition of a stage used for live bands and karaoke, and an outside area with games such as corn hole and washers.

“On the avenue, you’ve got food trucks going on, crawfish boils, etc. So we’re adding chairs outside where people can sit and eat, play bar games, throw axes if they want or just chill.”

Reeves said he is hoping to have renovations done by June.

“We want a theme that every time you come in, it’s something a little new,” he said. “We want people to come in and have something different to do, to eat, to drink or play.”

Avenue Axe will celebrate its one-year anniversary on July 25.

“We are just excited and ready to be throwing axes again,” Reeves said.