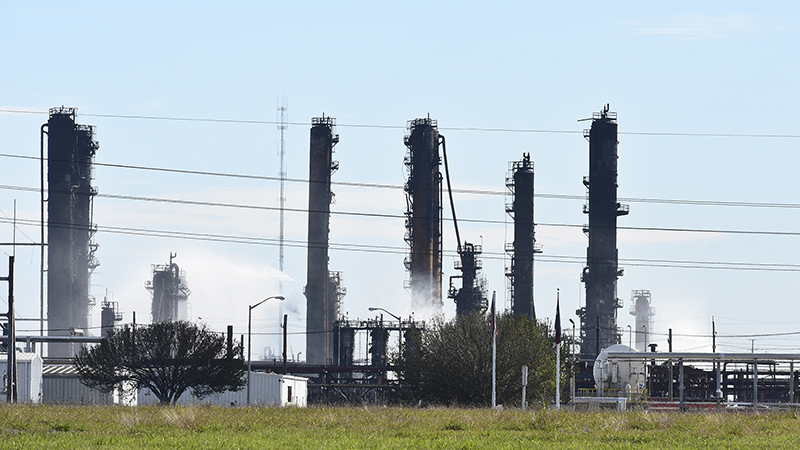 PORT NECHES — Residents in Port Neches are in varying stages of home repairs almost five months after the explosions at TPC Group and with the 2020 hurricane season quickly approaching.

The Atlantic Hurricane Season is from June 1 to Nov. 30. Forecasters are predicting a very active season, and typically homeowners must have insurance before a storm enters the Gulf of Mexico — all of which pose a unique problem.

“I pray we don’t have a hurricane or anything like that come through here,” Port Neches Mayor Glenn Johnson said. “The citizens don’t need it and the ones trying to fix their homes, what are they going to do?”

Johnson’s neighbor, whom he didn’t name, still has a sagging roof left damaged from the Thanksgiving eve explosions. Should a hurricane or storm come through with 60 or 80 mph winds, the roof would cave in, he said.

If TPC had done what they said they were going to do months ago, the roof would have been fixed by now, he added. An adjuster visited this neighbor three weeks ago with word he would be in contact with an offer the following week. He still has not heard from the adjuster.

Johnson and his neighbors are in what TPC deemed Zone 2, which is one of several zones in a high impact area near the facility where the industrial accident occurred.

TPC spokesperson Sara Cronin said completion of the claims process could take many months to complete. TPC’s goal is to have completed initial settlement appointments and made the first settlement payments for all valid claims within one year of the explosion.

“Unfortunately, we have seen a decline in the number of claimants making settlement appointments due to their concerns surrounding COVID-19 and the necessary social distancing measures in place to mitigate the risks of COVID-19,” Cronin said via email. “The health and safety of our contractors and the larger community is our priority. Therefore, to assure the claims process continues on track toward completion, while still mitigating the risks associated with COVID-19, TPC Group has instituted an electronic signature process for claimants to complete their settlement process without person-to-person contact.”

Claimants without access to email will be able to complete the process by mail.

TPC, Cronin said, will continue evaluating estimated timelines given the slowdown in settlements caused by COVID-19 concerns and necessary safety measures and homes in the designated impact area are being given first priority.

“Almost all claimants in the designated impact areas have received a repair estimate, and we are working to try to set those initial settlement appointments by the end of May if possible,” she said.

She further states that as part of the Voluntary Claims Program more than 8,900 property inspections have been performed and more than 3,000 property claims have ben resolved.

Johnson, who along with other city leaders had been in contact with TPC, said he hasn’t heard from them in six weeks.

He called it “unacceptable.”

Some of Johnson’s anger comes from TPC’s handling of the claims, especially early on when people in Bridge City, Nederland, Groves and Port Arthur received money.

“They sent all this Santa Claus money,” he said, adding he knows of a family in a neighboring town with no damage that received $24,000.

From there TPC slowed down their payments, he believes.

“My priorities are with the citizens of Port Neches,” he said.

Johnson said he was told by the president of the company that it was going to reassess priorities, but hasn’t heard back from him.

Jenniffer Hudson Connors and her husband own a six-unit apartment building in Port Neches that was damaged by the explosions. Since this is considered commercial property, it is not in the group that is priority.

The couple did hear back from an adjuster with a dollar amount, offering to pay 10 percent upfront and the rest when work is completed.

But — with COVID-19 an issue and stay-at-home orders in place — it is difficult to get contractors to give bids. Though her husband can do much of the work himself, he is in a high-risk category during this pandemic.

“We’d like to get all the repairs and inspections done before hurricane season arrives. It would be a nightmare to work with two insurance companies over who is responsible for what damage if we had a storm,” she said.