Mobile COVID-19 testing available in Port Arthur. See details on how to get an appointment. 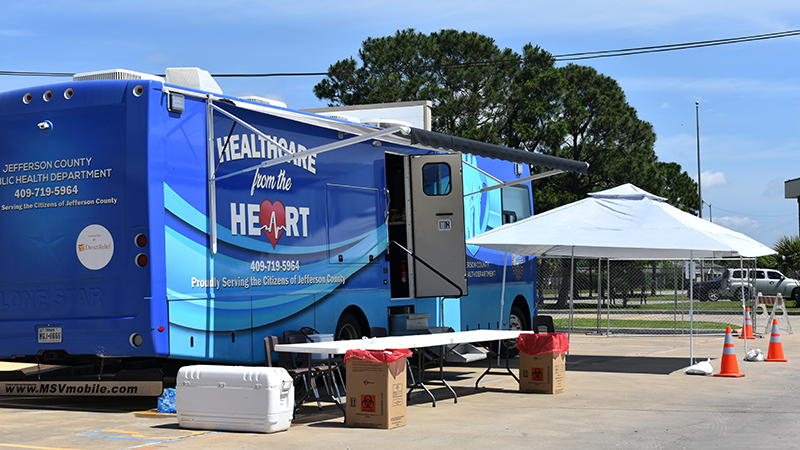 A bit of miscommunication between county and city officials regarding COVID-19 testing shined a light on the need for the service in Port Arthur.

And while there is testing underway at the Jerry Ware Terminal at Jack Brooks Regional Airport, there is also testing being done, per appointment, in Port Arthur.

The testing began in mid-March with the Jefferson County Mobile Medical Unit that was parked in the county sub-courthouse parking lot until last week. 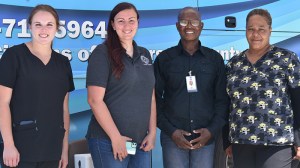 The testing site will be there from 9 a.m. to noon each day through Friday. If this week goes well, the mobile unit will perform testing next week. The unit will be on site from 1 to 3 p.m. for other medical needs, said Candice Ford, administrative assistant with the Jefferson County Health Department.

Those who are symptomatic or feel the need to be tested should call 409-983-8384 to be scheduled. She said the testing at this site works just as it does at the airport site — drive in and you are tested in your vehicle.

Jefferson County Health Authority Dr. Cecil Walkes explained the mobile until had been at the location near the sub-courthouse but was moved because so many people showed up for testing on Friday.

This was after Port Arthur Mayor Thurman Bartie made an announcement on Thursday that free testing would be available.

“We were afraid it would be an accident, canceled it and brought it to the public health clinic here,” Walkes said.

The regulations to be tested — the screening questions — are less stringent than they were weeks ago.

“They will ask you some questions but most likely if you’re calling there is a reason you’re calling,” he said. “If you had any of the symptoms, even the loss of smell or taste or diarrhea, any of those things you probably will be tested and if you had contact with a COVID-19 person.” 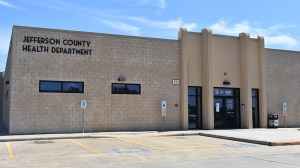 A mobile medical unit is parked at the Jefferson County Health Department on Fourth Street in Port Arthur, where COVID-19 testing is being done from 9 a.m. to noon through Friday. Individuals must be scheduled to have testing.

Walkes said 80 percent of those with this disease will see light symptoms and “they are the most dangerous because they can spread this disease.”

But Michael “Shane” Sinegal, Precinct 3 commissioner, doesn’t believe there are enough tests. He is also afraid of opening the county back up, though Gov. Greg Abbott has given a green flag statewide to begin the process.

Approximately 144 people in Port Arthur have been tested — that’s out of approximately 52,000, which is not enough to get a valid test sampling of the population.

Sinegal said the miscommunication on Friday coupled with the high number of people seeking tests that day shows there is concern in the city for testing.