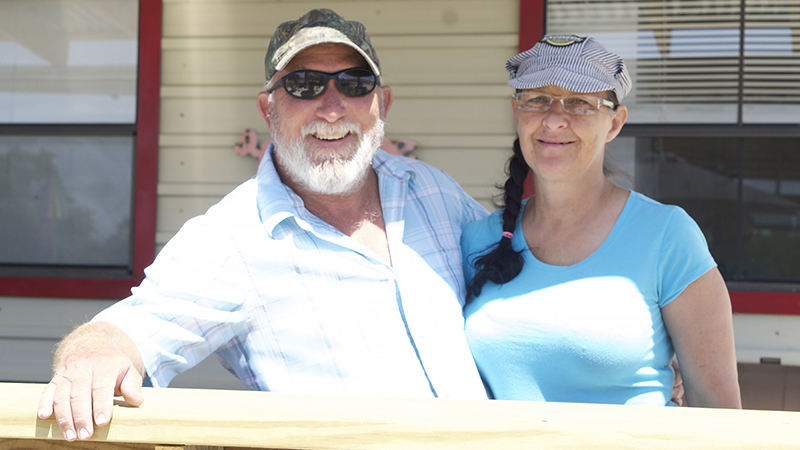 Owners Dawn and John Teague developed the restaurant in 2017.

“I bought this location in 2007,” Dawn said. “I wanted it do be a flea market and hot dog stand, but that all changed after we moved to California for a few years. We had everything ready to go, but we had to put our plans on the back burner because (John) got relocated for his job.”

Dawn and John moved back to Port Arthur in 2016 eager to return to John’s hometown in Texas. 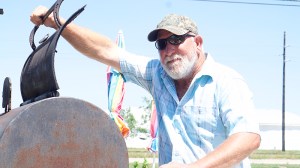 “I told him, ‘I’m ready! Let’s do it,’” Dawn said. “We started out doing burgers, fries and sandwiches until one of John’s friends was like, ‘You should do a barbecue joint. You make great barbecue,’ and that was it. We started cooking barbecue.”

The Teagues smoke all their meat with specialty seasoning and rubs before slathering on some Sweet Baby Ray’s BBQ sauce.

Crawfish is served Thursday, Friday and Saturday. Call ahead only.

The family recipes come from years of hosting backyard barbecues for their 12 children.

“We both always cooked,” Dawn said. “When you have 12 kids, you can’t go out to dinner all the time. You’d be broke. We had to cook out of necessity, but we love it. (John) has always barbecued for our children and their friends. Sometimes he’d be cooking for more than 30 people.”

It was the large family and friends gatherings that inspired the theme of the restaurant. 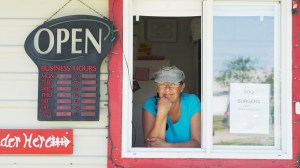 The Train Wreck name, almost called the “Flying Crow,” comes from the locomotive that passes on the West Port Arthur Railroad daily.

“Anytime the train comes by here, the engineer has to blow his horn to let people know he’s coming by,” Dawn said. “So I started looking up Stillwell and Port Arthur history, and one day we were out working on the patio drinking and the train honked. We all decided to take a ‘train shot.’ That’s when we decided to call it Train Wreck and every time the train goes by we raise a glass.”

Dawn said many changes are coming to the restaurant including games, the addition of live music and a Train Wreck “Walk of Fame.”

“What I want to do once we move the stage back is to make a sidewalk and have all these musicians that come through mold their handprints,” she said. “There’s nothing like that for the local music scene so I think it would be really cool.”

For John, a former musician, the live band and walk of fame holds a special place in his heart.

“This is a way for us to recognize the work the local musicians do,” he said. “We didn’t get famous, but we did a lot of work playing benefits, helping people out and entertaining the community. Recognizing them, it’s important. They are superstars to me. These are the guys that are working to keep people entertained at a local level. So we’re building the stage and a home for them.”