PA Health Director on COVID-19 trend: “We cannot let our guard down” 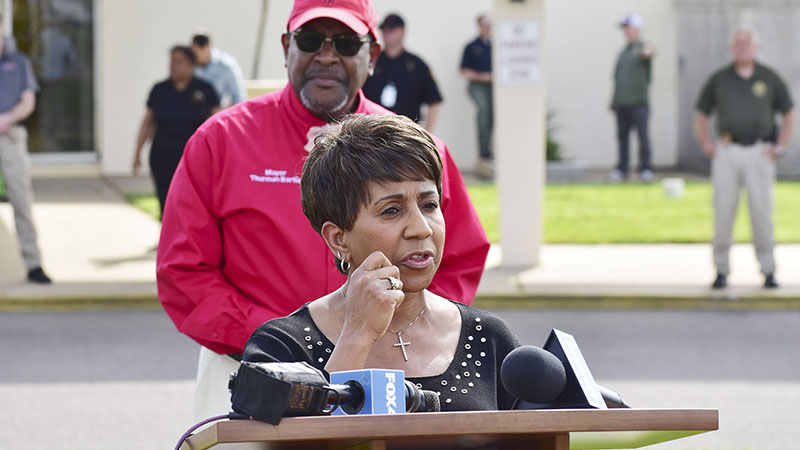 Communities in Mid- and South County received some welcome news Monday from the Port Arthur Health Department — no new cases were reported for residents in Port Arthur, Port Neches, Nederland and Groves.

Tuesday marks 19 days since Port Arthur reported its first case of coronavirus. Since, the city has reported 25 cases, with seven still hospitalized and one who has died, a male between the age of 45 and 50.

“I would hope everything is coming down,” Port Arthur Health Department Director Judith Smith said. “They tested quite a few patients [Monday]. It’s a good thing we didn’t have any new cases.”

Still, Smith cautioned to all citizens to remain vigilant against the potentially deadly coronavirus.

“We cannot let our guard down,” she said. “We have to follow orders. This is our new normal. If we can follow orders in the new normal, we may get to our old normal very soon.”

Smith also noted the drive-thru clinic at Jack Brooks Regional Airport in Nederland has seen a decline in the number of calls for screening. The call center for the clinic, established March 20 by the Southeast Texas Regional Emergency Operations Center, fielded 3,714 calls through Monday.

The first daily report from the EOC on March 24 revealed 648 calls had been made since the call center was established. The highest single-day number of calls reported was 243 on March 30, with the lowest being 99 on April 10. Monday’s total was 121.

It is open 24 hours per day, seven days per week.

There were only 99 calls fielded Friday, and 121 calls were made Monday.

The call center also screens for a drive-thru in Hardin County.

Many of the cases the PAHD has received are tied to what Smith calls a community spread of the virus instead of being related to travel.

“We would hope people are taking heed and only doing trips if necessary,” Smith said. “Hopefully, people are following [the rules on] what they are supposed to do.”