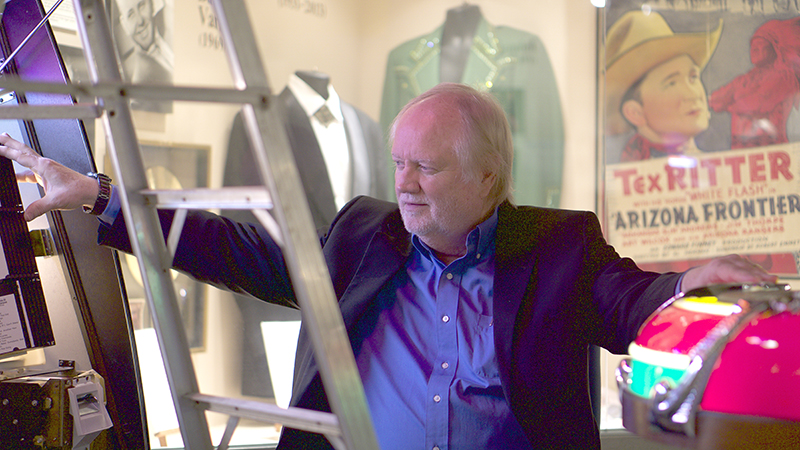 Museum of the Gulf Coast Director Tom Neal helped renovate the Music Hall of Fame. In April he added new CDs and titles to the jukebox. (Cassandra Jenkins/The News)

The Museum of the Gulf Coast is using the unexpected break brought on by the coronavirus to renovate the upstairs Music Hall of Fame.

The Music Hall of Fame features more than 60 music legends representing a wide array of genres from Janis Joplin to George Jones.

Museum Director Tom Neal said the message of the museum is highlighting talented people who came from the Gulf Coast crest.

“We opened in 1995, and the message of the museum has carried itself through time,” he said. “We knew we had all these unknown people in sports, actors, musicians, inventors, movie stars and all these different industries, reaching the top of their pinnacle. That’s the story. The best way to define who gets in here is who is going to get someone to stop on I-10 and take an exit.” 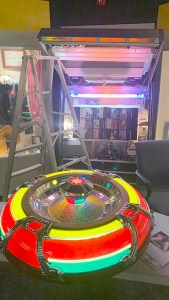 The jukebox in the Music Hall of Fame at the Museum of the Gulf Coast is undergoing renovations with the addition of a new speaker and CDs. (Cassandra Jenkins/The News)

Neal said an important part of keeping that mission alive is by bringing in new, fresh talent and innovative ideas.

Routine renovations are part of that process, and Neal said the music hall needed a face lift.

“It’s important to have someone connecting the lines, fine grading the history for people to walk through, see and listen,” he said. “It’s providing a book to somebody and having it open-ended to continue adding to.

“We are adding so many new people and we need a place to tell their story, get a permanent resident and make room for all the new people on the rise.”

New faces featured in the Music Hall of Fame include Deacon Anderson and Joe Barry. 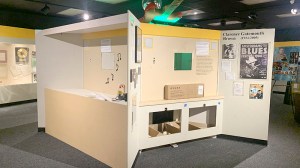 The Music Hall of Fame in the Museum of the Gulf Coast is under renovation. (Cassandra Jenkins/The News)

Other artists’ stories will be rearranged for a sharper display, readability and to help create a more comprehensive timeline.

“What it’s going to do is be a much better way to tell our story,” Neal said. “It’s not changing anything — it’s modifications. People are already blown away by the exhibit, so why change something about it? We just want to build on what we have and make it better.” 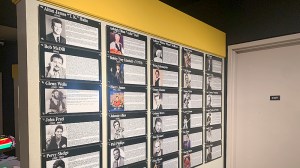 A renovated wall in the Music Hall of Fame at the Museum of the Gulf Coast holds at least 30 photos and stories of legendary musicians. Before renovations the wall highlighted nine individuals. (Cassandra Jenkins/The News)

Neal said a major part of the renovation decision includes discussion on how to design the space for children’s amusement and inspiration.

“We want this place to be for the kids,” he said. “We want kids to come in and feel creativity inside them. We want them to look at these icons on the wall and see these influencers who slept where they slept, ate where they ate and lived where they lived, and ask themselves, ‘What can I do?’ This is a unique way to inspire them to be great by looking, learning and hearing the stories of those in history.”

The Museum of the Gulf Coast is temporarily closed due to the COVID-19 pandemic. The renovated music hall will be up for display by May 9, pending the reopening of the museum. 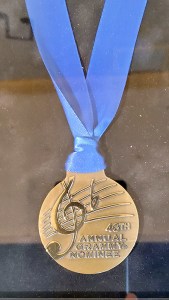 A Grammy nominee ribbon for “It’s Five O’Clock Somewhere,” a song co-written by Don Rollins, is a new installment in the Museum of the Gulf Coast Music Hall of Fame.(Cassandra Jenkins/The News)

Neal is excited for guests to see the new and improved exhibit.

“It’s going to be cool the day we open this,” he said. “Some people have seen these folks, some haven’t but they are all going to see these stories in a different, theatric way.”