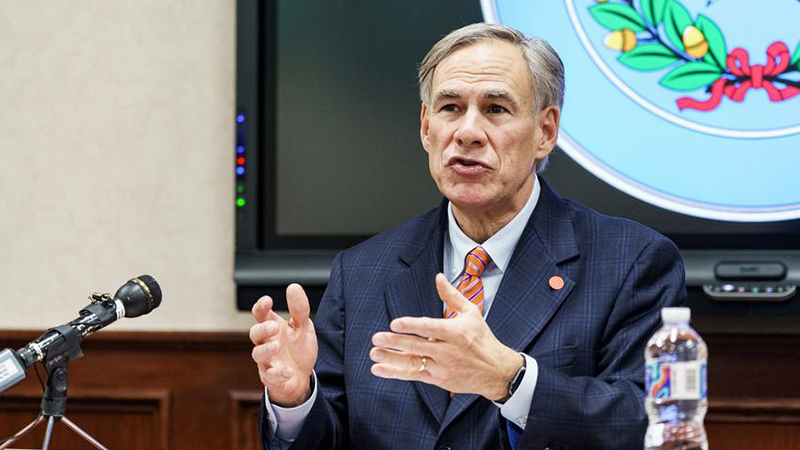 (Editor’s note: Governor Greg Abbott shared the following information Monday during an update on the state’s fight against COVID-19.)

“Our primary goal in the state of Texas right now to reduce the spread of the coronavirus, contain it, make sure the state is a safe place for all Texans. And along those lines, I have some good news. I will call it glimmers of hope with a whole bunch of red flags attached to those glimmers of hope. The glimmers come from what the numbers are beginning to show.

Very importantly there are 2,269 Texas who had tested positive for COVID-19 but are now characterized as recovered.

Those are the numbers. Let me present the context. The context is that, first, if you look at the numbers provided across the entire country, meaning the numbers for the entire United States of America, their numbers show that what came out late (Sunday) was the lowest number of people who tested positive in America in a week, showing that the curve in America truly is beginning to flatten.

Similarly, in Texas, the number people who tested positive at the close of business (Sunday), was the lowest in an entire week and the second lowest since late March. Now those are good numbers. But let me get into the red flags.

One thing that I have seen is that it seems as though every Sunday is the lowest day in the week for people who test positive. I don’t know whether it’s because testing occurs less on a Sunday or the reports come in less on a Sunday. So Sunday, yesterday was lower, in the number of people testing positive, however it still sets a good trend because it was the second lowest number of people testing positive since late March. If those trends continue, it truly will mean that Texas is moving in the right direction of flattening the curve and lowering the number of people who will be testing positive. I would caution you, however, that it is too early to decisively make that call.

Similarly, if you look at the cumulative growth trend line of number of cases that have been reported in the state of Texas, in the last three days, the cumulative case trend line has decreased in what is called the percentage rate of increase. As of Friday, the percentage rate increase was 12 percent, over the weekend it was 11 percent and as of this morning, that trend line is showing a 10 percent increase in cumulative cases. Those are exactly the kind of number we are going to have to see if we are going to show that we are bending the curve of COVID-19 in the state of Texas.

And, once again, I’m very, very proud of the fact that as it concerns recoveries, Texas ranks second in the United States in the number of recoveries reported.

Another issue that is asked about by so many Texans, so many Texans have lost jobs because of the impact of the coronavirus. Because of those who have lost jobs, there have been a record number of Texans who have applied for unemployment benefits. The good news with the additional hours of working seven days a week, the Workforce Commission has processed even more claims. My recollection is that when I lost spoke to the public about this on Friday was that there was a number less than 400,000 claims had been processed.

As of today, there, 1,130,000 claims that have been paid. The total amount paid out now amounts to well over $400 million. I know that there are Texans who have still not received their unemployment benefits but with the increase in resources that the Workforce Commission has now provided to this process, and with the results we are seeing, we are expecting a heightened ability to be able to process unemployment claims and get Texans the unemployment benefits they deserve.”