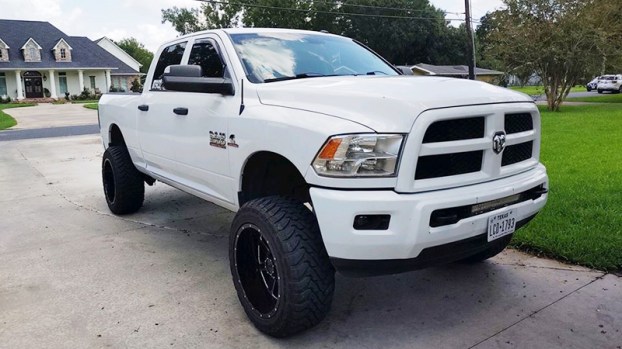 PORT NECHES — Port Neches Police are asking for the public’s help after a truck was stolen early Saturday morning.

Security video shows what appears to be a vehicle drop the suspects off, entering South Avenue from Nall Street. After taking the truck, both vehicles head back towards Nall Street.

Thompson said the theft is fairly isolated as there hadn’t been any burglaries lately. 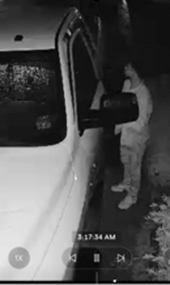 Security video of one of the suspects in the truck theft.

The suspect is a male that appears to have tattoos n both of his outer biceps. He was able to locate a spare set of keys in the truck, which was unlocked.

Police are asking residents on or around South Avenue between Nall and Merriman to check their video cameras for any video on April 4 around 3 a.m. for anything suspicious that could help identify the drop off vehicle or for better images of the suspects seen committing this State Jail Felony offense of unauthorized use of a motor vehicle.

If you have video from that night of the suspects or suspect vehicle, please contact Detective Thompson at 409-719-4239. A copy of the video will be requested. A thumb drive can be dropped off to you and picked up at a later time or you can e-mail the video to sthompson@ci.port-neches.tx.us

If you have any information on the suspects, where they may be located, or where we can find the stolen truck, please contact us or your local police department. You can also contact crimestoppers at 409-833-TIPS or use the mobile app “P3 Tips.”

EOC issues instructions to those tested for COVID-19

The Southeast Texas Regional Emergency Operations Center on Monday evening issued a statement for those who have undergone tests for... read more