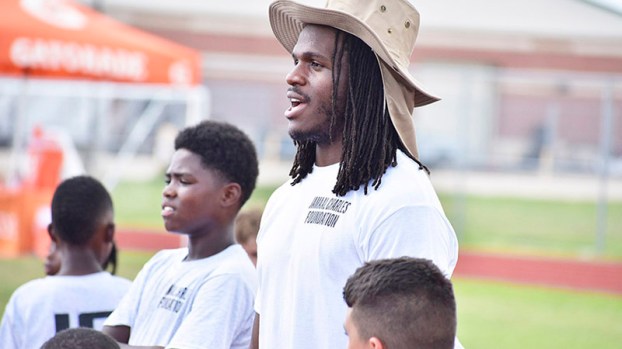 Charles, a member of the third graduating class in Memorial High School history (2005), was left off the NFL/Pro Football Hall of Fame 2010s All-Decade team, which was announced Monday. The running back, who spent most of his career (2008-18) with the Kansas City Chiefs, ranked first among active players at the time of his retirement for most yards per carry at 5.4 and fourth all-time, only behind Michael Vick, Randall Cunningham and Marion Motley.

Charles was selected to four Pro Bowls and twice named first-team All-Pro. He is Kansas City’s all-time leading rusher with 7,260 yards on 1,332 carries, 43 of which resulted in touchdowns.

Peterson, from Palestine, Texas, is going into his third season (and second of a two-year contract) with the Washington Redskins. Gore, McCoy and Lynch are free agents. McCoy won his first Super Bowl ring with Kansas City this past season, but played in a limited role.

West Orange-Stark graduate Earl Thomas was named one of the All-Decade safeties, along with Eric Berry and Eric Weddle. Thomas played one season with Charles at the University of Texas and played with the Seattle Seahawks from 2010-18 before signing a four-year deal with the Ravens in 2019.

The Pro Football Hall of Fame’s 48-member selection committee determined the All-Decade team. Only players who received at least one selection to a Pro Bowl, Associated Press All-Pro team or Pro Football Writers of America all-conference team during the 2010-19 seasons were eligible.

Instead of a gala concert Thursday trumpeting the grand opening for 5 Under Golf Center’s latest phase of expansion, owner... read more