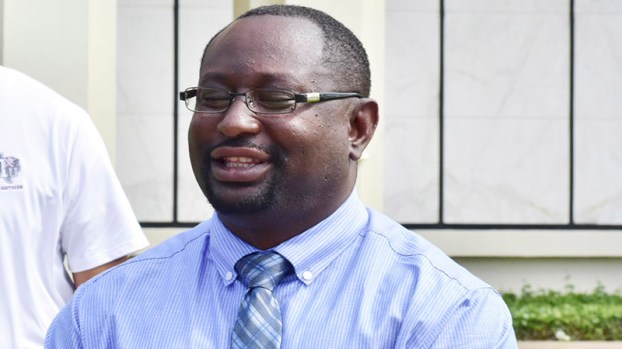 PAPD Lt. Jeremy Houston was appointed Port Arthur’s emergency management coordinator in the midst of the coronavirus pandemic in the United States.

Houston, 40, a 17-year member of the force, succeeds Maj. John Owens, who retired Friday after 36 years and two months in the police department.

Owens, 65, was emergency management coordinator for the past 20 years and guided Port Arthur through hurricanes Rita, Ike and Harvey.

“My first order of business is to continue work with health officials and those first responders in the prevention of this disease spread,” Houston said. “Maj. Owens has very large shoes to fill. He’s done an awesome job over these past 20 years, him and [Deputy Fire] Chief [Robert “Louie”] Havens. He’s pretty much showed me most of the ropes, but I’m going to still have the support as I’m going forward in the future in fulfilling the role as emergency management coordinator.” 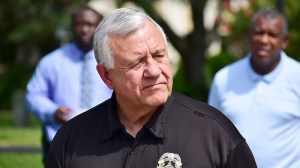 Port Arthur Police Maj. John Owens retired after 36 years and two months on the force, the last 20 of which he served as emergency management coordinator.

“It’s been a sincere honor and pleasure working for the city of Port Arthur for these last 36 [years] and some-odd months,” Owens said. “It’s humbling to think this is my last day as a police officer. It seems like yesterday I put that brown cadet uniform on. It’s been a long time, but I’ve sincerely enjoyed it and consider all my fellow officers as family.”

Houston’s job could ramp up during hurricane season. Bartie said Friday the city anticipates up to 16 named hurricanes in an “above-normal” year, based on the Extended Range Forecast of Atlantic Seasonal Hurricane Activity and Landfall Strike Probability from Colorado State University.

“We have eight that we know are going to hit,” Bartie said.

As a result, Owens agreed contractually to help Houston through such disaster if it occurs.

“I’m sad to tell you, you can’t just leave,” Bartie told Owens. “… With these predictions, we need to have some experience so Lt. Houston can be as good as he’s been in performing his job and his duties.”

Houston began training in his new role with Deputy Police Chief Michael Fratus and will have Havens as his assistant. In dealing with the ongoing pandemic, Houston said he seeks advice from the Port Arthur Health Department and coordinates a plan he communicates to Bartie and other first responders.

“That way, they know what precautions to take when dealing with emergencies,” Houston said.

The city of Port Arthur extended its “Stay at Home, Stay Safe” emergency order Friday and modified it to be... read more