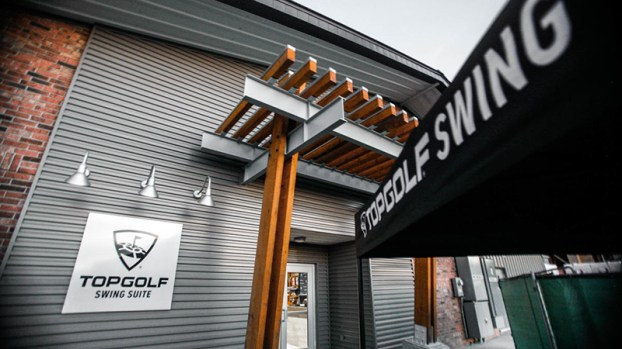 Instead of a gala concert Thursday trumpeting the grand opening for 5 Under Golf Center’s latest phase of expansion, owner Austin Williams is left to sit back and reflect on tying up loose ends while the COVID-19 pandemic continues taking a heavy toll.

“There will still be a concert and a grand opening, we just don’t know when,” said Williams, who is keeping a stiff upper lip over events he can’t control. “Once things get back to normal, I have no doubt this place is really going to take off. It’s going to be exciting.”

The planned grand opening for 10 upper and 10 lower Top Golf hitting bays was to have wrapped up Williams’ bold vision of taking the overall 5 Under experience to a new level.

In late November, there had been a grand opening for 5 Under’s Swing Suites, virtual game simulations, restaurant and remodeled retail center. The combination of indoor Swing Suites and outdoor Top Golf hitting bays is believed to be the first of its kind.

The suites and retail center had been prospering, according to Williams, and the restaurant, despite a mandate of “to-go” food, had been holding its own. Then came Jefferson County Judge Jeff Branick’s “Stay Home, Work Safe” order last Friday

“It is what it is,” said Williams. “I’m trying to stay positive about things. You can’t answer for something about which you don’t know. The president has put out April 30 as a date when things might start opening up, so we are hoping for that.

“When the city and county open up will determine our plan. I’m thinking we will probably have a soft opening, then the grand opening a couple of weeks later. We’re still going to have the concert, still plan to make this a big deal.

“When the clearance happens, I think people are going to be so ready to get out and really have some fun.”

In the meantime, there is landscaping, lots of mowing and putting the finishing touches on the parking lot to occupy workers.

Kenneth Lofton of Memorial and Hayden Hefner of Nederland have earned UIL 5A All-State status. The two college signees were... read more