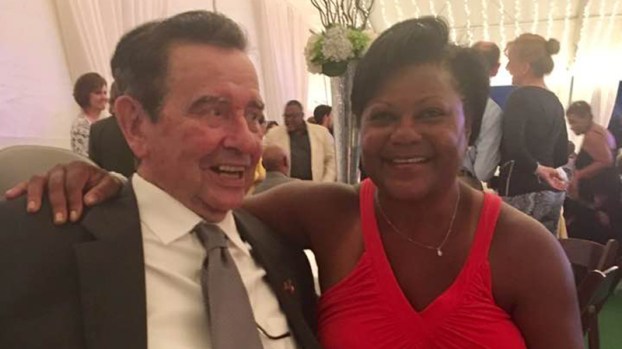 Family and friends are remembering local businessman and champion for the area waterways Paul Beard. 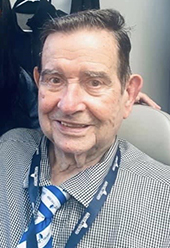 “He worked until the day he died,” Steven Beard said. “He worked Friday at home doing what he loved.”

Paul Beard was born in Broaddus, Texas, and attended what was then Port Arthur College after graduating high school at the age of 16. He earned an associates degree and worked as an inventory clerk at what is now Sabine Universal Products, working his way up to president and later owner, according to his obituary.

“His main goal in the last few years of his life was the Sabine Neches Waterway, between him and Randy Reese, Jeff Branick and Carl Griffith, on the deepening and widening of the channel,” Steven Beard said.

Paul Beard was chairman of the Sabine Neches Navigation District, which has the responsibility to manage, advocate for and improve the ship channel.

The Rev. Sinclair Oubre, executive director of the Port Arthur International Seafarers’ Center Apostleship of the Sea and local priest, will officiate over Beard’s committal service that will be live streamed through the Apostleship of the Sea, Diocese of Beaumont’s Facebook page at 2 p.m. Tuesday.

The service is being live streamed due to the current COVID-19 restrictions. His family will have a private graveside service.

Oubre said Paul Beard was a strong proponent of the Seafarers Center, Propeller Club and for the deepening and widening of the ship channel. The more than $1 billion project, approved by the federal government with the Water Resource Development Act, will deepen the channel from 40 to 48 feet, allowing deeper draft vessels to traverse.

Beard worked for years to bring attention to the fact that Southeast Texas is a major port area. He stressed that our waterways are directly connected to the petrochemical industry.

Beard’s contribution to the issue was noted in a resolution to the Texas House of Representatives in 2015 by state Rep. Joe Deshotel, District 22 (D-Beaumont).

Pat Avery, president of the Greater Port Arthur Chamber of Commerce, took to social media over the weekend to express her condolences for her friend.

She spoke of his business and how he served the community as president of the Sabine Neches Navigation District.

But there’s more to be remembered.

“God gives us all a cross to bear in our lives but God gave Paul more than the majority of us. Yet, he took his disability and turned those crosses from lemons into lemonade,” Avery said of Beard, who had polio when he was younger. In his latter years he used a scooter to get around. “There will never be another Paul Beard and the fact that I was a friend to the original beautiful soul gives me some comfort. If you’ve never met him, you missed out on what God meant for all of mankind to be, and his life needs to be mimicked by others.”

Steven Beard echoed Avery’s thoughts. Steven is one of 13 children born to Paul and his late wife Grace.

“He was a great dad, a great friend and great husband who had 13 beautiful kids,” he said.

Steven Beard said if someone came to his father asking for support and it was something he believed in, he would give his full support.

Oubre called Paul Beard a paradigm of how one can overcome individual handicaps, saying he was a “great businessman and community leader who did not allow his handicap to inhibit his ability to both father children as well as raise children and form his children into community members and business people themselves and be productive members of the community.”

Beard could very easily have said, ‘I have polio, woe is me,’ but he took up a challenge and far surpassed expectations, according to Oubre.

“I cannot leave out the fact that he was a profound man of faith, a profound Catholic that was manifested by going to Mass every week,” Oubre said. “And he put his faith where his pocket book was by sending all of his children to St. Joseph’s School and Bishop Byrne High School (both now closed).”