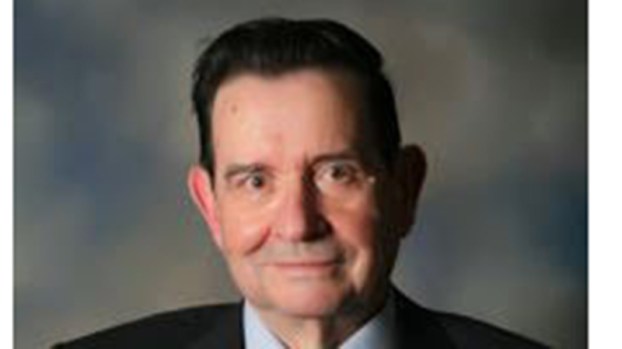 (Editor’s note: The following is submitted by Doreen M. Badeaux, secretary general of Apostleship of the Sea of the United States of America. Paul Beard was born Aug. 24, 1933, and passed away March 28, 2020.)

It is with a truly heavy heart that we inform you of the passing of a very dear, long time friend, Mr. Paul Beard.

Paul was the man I affectionately greeted as “Mr. Maritime” and “Chairman of the Board.” He was a long time supporter of the Port Arthur International Seafarer’s Center, and the Apostleship of the Sea – Diocese of Beaumont. He was a long time member, and former President of the Propeller Club Ports of the Sabine, and was very excited to see our local Propeller Club re-established in recent months.

Paul was instrumental in the creation of the Sabine-Neches Navigation District, and was a huge force behind the Deepening and Widening Project for the Sabine-Neches Waterway. Personally, I would say, it would not have happened without his vision and leadership.

In the last couple of years, recognizing his age, and health challenges, I hoped that he would live to see the Deepening and Widening Project, which he labored over for the last 20 years. God was kind, and Paul did get to see the initial phase of the project accepted and funded.

Our area, and indeed, our country owe so much to Paul for this accomplishment. We CANNOT over-emphasize this!

On a personal note, I have to say that I have been privileged to know Mr. Beard since….forever…

I often joke that there was a Badeaux, a Beard, a Flanagan and an Ozuna in every class at Bishop Byrne…..We all had large families, but his??? Well…they passed up all of us with their 13 children!

I was privileged to get to know him as an adult, and as a personal friend over the years. And somehow….though I do not know how to play poker, about 5 years ago, he assigned me as the person to arrange friendly Poker Nights with Maritime Friends. These were the most hilarious and wonderfully de-stressing nights I have ever been privileged to be a part of. And I believe that while most of us thought we were helping HIM by having these events, after losing his lovely wife Grace, he was probably gathering us together, in order to help US to de-stress. He was an amazing and caring man!

A couple of months ago, he was at a local restaurant, and while leaving, a wheel of his chair went over the sidewalk and catapulted him, leading to a hospital stay.

Because of this, he missed our last Cigar Evening, which was a rare thing indeed. Paul was the one who would oversee the distribution of cigars. And though our Cigar Evenings begin at 7:00 pm. Paul would always arrive shortly after 5:00 pm, as his business, Sabine Universal Products was just a couple of buildings away.

So, knowing he was in the hospital and would miss this evening, we called HIM at 5:00 to let him know he would be missed. Little did we know, he would never again attend one of our Cigar Evenings.

NEDERLAND — Restaurants all across Southeast Texas are transforming into mini grocery stores by selling pre-packaged necessities that may not... read more