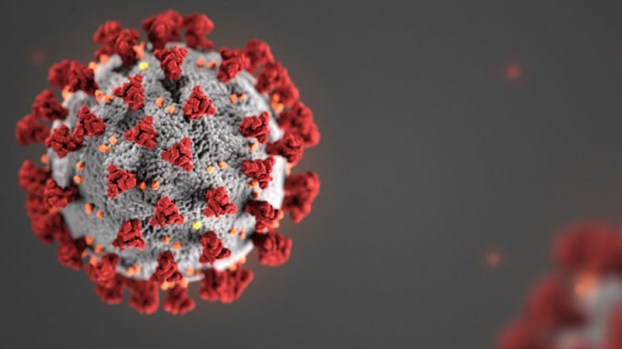 According to KVIA.com, four members of a reserve unit at the post have tested positive for COVID-19, prompting military officials to elevate the post’s risk level. Officials said they will begin screening individuals as they enter Fort Bliss and begin restricting travel, gatherings and access to certain supplies.

Unemployment claims reach 30,000 a day
The Texas Workforce Commission is taking sweeping action to address the influx of Texans applying for unemployment benefits in the wake of layoffs due to the coronavirus pandemic, TWC Executive Director Ed Serna said in Facebook Live Q&A on Wednesday.

The commission is hiring temporary call center staff and increasing server capacity to accommodate the recent spike in claims, which are now approaching 30,000 a day, he said. About 75% of TWC staff are working from home.

“I assure you that we will help everyone that needs help,” Serna said. “I know it is hard to hear this, but I ask that you have just a little bit of patience with us.”

There are enough funds for everyone who needs them, he said later in the interview, and as those funds are depleted, the state can turn to other sources, including federal assistance.

While the TWC has eliminated the work search requirement and the waiting period, the 26 weeks during which people can receive benefits can’t be extended without federal government action, and self-employed individuals and contractors are still ineligible for unemployment benefits under current law. However, the stimulus bill currently working its way through Congress may address these issues, Serna said. — Naomi Andu

Texas gets federal disaster declaration
The Trump administration declared a major disaster in Texas on Wednesday and ordered federal assistance “to supplement State and local recovery efforts” in coronavirus-affected areas, per a statement from the White House press secretary’s office.

The declaration would allow funds to be disbursed to eligible state and local governments, as well as private nonprofit organizations, for “emergency protective measures.” The assistance would also fund crisis counseling for affected individuals statewide.

The regional administrator of the Federal Emergency Management Agency’s Region VI — which encompasses Texas, Arkansas, Louisiana, New Mexico and Oklahoma — will oversee the recovery operations. It’s unclear how much federal aid Texas will receive as a result of the declaration. – Naomi Andu

Texas reports 995 cases; 12 deaths
On Wednesday, Texas reported 995 cases of the new coronavirus and 12 deaths. Dallas County had the most cases with 169 and the most deaths with five. But statewide, 82 counties so far have had at least one positive case, and eight counties have had at least one death. This represents a 35% increase in cases from Tuesday, when the state reported 736 cases.

The case data is gathered from counties by the Texas Department of State Health Services. The information is current as of 8 p.m. Tuesday.

On Tuesday, the agency said it changed its reporting system to track case counts directly from counties instead of relying on official case forms, which come in later and were causing the state’s official count to lag behind other tallies by hundreds. — Darla Cameron

The decision slashes Southwest flights by nearly 40%. The airline typically runs 4,000 each day. The cut is a more drastic measure than what the company announced Sunday, when it said it would be cutting just 1,000 flights daily.

Adler said the city was able to “successfully reduce physical interactions by 50%, which is pretty monumental,” but part of the reason for the citywide shelter-in-place order is because “the modelers tell us we need to be closer to 90%,” Adler said.

On Gov. Greg Abbott, meanwhile, Adler said that while he wished the governor were “stronger” and would issue a statewide shelter-in-place order, he praised the governor for “not joining Trump in suggesting this is not serious.”

On the data discrepancies: “We don’t have enough tests to test the population indiscriminately,” Adler said. “We have so few tests relative to the need. We have to have enough tests for people on the front lines and for the people who are more susceptible to the illness.”

Adler said he’s in favor of closing schools for the rest of the year but noted he doesn’t have the authority to implement such measures. — Alex Samuels

Some Texas hospitals are erecting tents, planning to add beds, and eyeing vacated buildings as overflow facilities while they prepare... read more