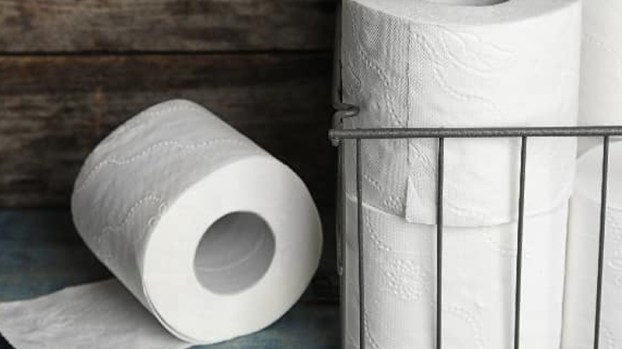 Warning: Flushing anything other than toilet paper is ticket to serious sewer problems

Stop. Don’t flush that baby wipe. Keep those paper towels out of the toilet.

City leaders are echoing that message as the toilet paper shortage leads to some families using wipes and paper towels instead.

These items are not meant to be flushed. If they are, it can lead to serious sewer problems.

The city of Port Arthur has already encountered issues, to the point of having the acting utility director send notices informing residents not to do this.

City Manager Ron Burton said it’s a problem, especially where the infrastructure is older with clay pipes and iron pipes.

“It’s causing a real problem for us,” he said. “Even now, we would like to encourage people to cease from using paper towels and wipes and putting them in the sewer system. We are definitely seeing more blockages. This will definitely compromise the system.”

And, Burton said, all of this is happening with the health problem — “the last thing we want to happen is our sewer system to be compromised.”

“I’m appealing to the public to desist from throwing paper towels and baby wipes and flushing them down,” he said. “It will create a greater burden.”

Perry Snell of Jim Snell Master Plumber has seen what happens when baby wipes and paper towels get flushed.

“It snags on all of the rough spots along the sewer line and causes everything to stop right there,” he said. “You’re facilities will cease to function.”

According to Snell, toilet paper is made to break down into tiny pieces. Paper towels are created not to break apart once wet, and wipes are kind of like cloths and usually don’t break down.

He’s not too keen on the wipes deemed flushable, saying “why risk it right now, especially when people can’t go to work. They’re not getting paid and don’t want that expense.”

The city of Groves recently reached out to residents via Facebook, asking them not to flush baby wipes, paper towels, clothing or other items not intended to be flushed.

“Flushing of these items will cause blockages in your sewer line and possibly the city’s main lines, resulting in sewer backups,” according to information from the city of Groves. “This also applies to so called “flushable wipes,” which do not break down and commonly cause blockages. Any of these items, if used, must be placed in a garbage bag and placed inside your garbage can for collection.”

During this week’s Nederland City Council meeting, City Manager Chris Duque said residents need to be aware that disposing anything other than toilet paper into the toilet will cause sewer backups in your home and potentially, your neighborhood.

“We need people to not be flushing paper towels and disposable wipes, even if they say they are flushable. They are not,” he said. “We need the public to work with us.”

CASSANDRA JENKINS — Sticking to schedule is imperative during homebound learning

Monday marked the first day for all Mid- and South County school districts homebound learning programs, and many parents are... read more