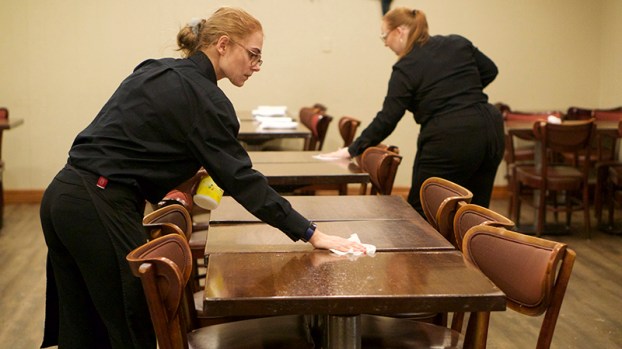 While Jefferson County officials have issued no requirements limiting local restaurants to operate through delivery, pickup and drive-through only, many are beginning to adjust.

Already franchisees such as Chick-fil-A, McDonald’s, Taco Bell, Jack in the Box, Arby’s and Starbucks have made announcements to begin closing seating areas nationwide.

Precinct 3 Commissioner Michael “Shane” Sinegal said he is in favor of closing dining-area bars and restaurants to quell the spread of the virus through large gatherings.

“My concern is mainly that we have not got a count on how many people, or if any, in Jefferson County has contracted the coronavirus,” he said. “I think it is prudent of us to test as soon as possible. My fear is that we find out after testing that we have 100 cases and we didn’t try to mitigate limiting people to certain numbers. I think 50 people in a restaurant right now are good, but how do you keep a 6-foot distance that way?

“I’m not in favor of closing them at this time, but we may be on the verge determining how many cases we have. We may have to make that decision in the near future.”

However, many Mid and South County eateries are choosing to leave their doors open unless mandated to do otherwise. 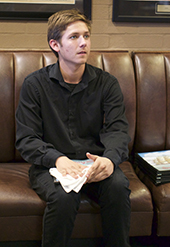 Cory Baugh, a host at The Schooner, cleans a stack of menus.

The Schooner Restaurant said its dining room will remain open for now.

General Manager John Doucet said while there is cause for alarm, there are still people to feed, “especially the hungry ones.”

“There are still people who want to come out, and we want to be there for them, as well as our employees,” he said. “As long as we can stay open, we will.”

Additional cleaning and safety measures are being done to promote social distancing for dine-in guests.

The front area of the restaurant is closed to allow room for additional spacing in the back area. Booths are being wiped down continuously, as well as upping sanitizer and disinfectant efforts.

“We are doing our part at this point to stay open and feed the hungry,” Doucet said.

Co-owner Bert Lamson said they will remain in business until told otherwise.

“We have an open-air concept,” he said. “We aren’t confined indoors, that’s why I believe we have more people coming because they feel more comfortable. A lot of people are now stuck at home, and they are getting out in the safest ways possible to see some normalcy.”

Lamson said if officials do decide to shutdown the local restaurants, it would “be disastrous.”

“Every business in the county is worried right now,” he said. “No one knows what they are going to do in that situation. The scary thing is that a lot of people won’t be able to pick back up and continue if they are closed.”