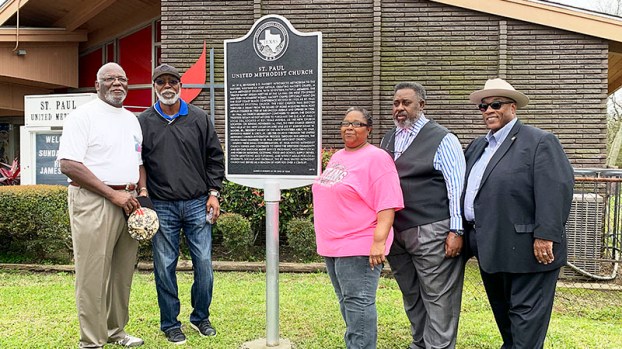 The designation honored St. Paul as an important part of local history, marking it with an official stamp of honor.

For 92-year-old Vernice Moore, the dedication ceremony was a moment she thought she would never see. 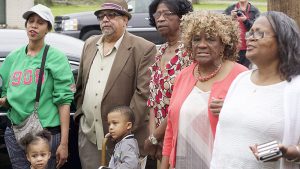 Members of St. Paul United Methodist Church in Port Arthur sing a hymn Thursday before the church was officially recognized as a significant part of Texas history by receiving a Texas Historical Marker. (Cassandra Jenkins/The News)

St. Paul was erected as the first black United Methodist Church in Port Arthur during its construction in 1920. Since its inception the church has undergone integration, name changes, relocation, merges and changes in leadership.

Moore was born in what was then Hackett Chapel Methodist Episcopal Church in 1928. She was born into a family full of faith and community.

“I’m so elated,” she said. “I’m tearful because I didn’t think I was going to see this day and to be surrounded by my family, I’m just so happy.”

While long-standing members of the church gathered around the soon-to-be unveiled marker, the Rev. James Berry voiced his joy for the past. 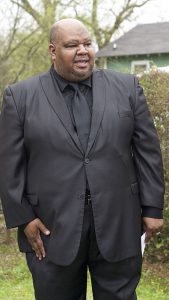 “This is history,” he said. “It goes back over 105 years. It came through the Great Depression, it came through great struggles and the church has moved twice. There is even a story that the gentlemen came together and gave a thousand dollars each to make sure that every need was met in the church before vowing to never let it be leveled again.”

Berry is referring to the 17 faithful and devoted members noted as the “prayer band” that erected the first church in 1926 off of Lincoln Avenue.

“Our church serves the community,” he said. “We are very active in the community, and this is an important moment for all of us.”

Berry started at St. Paul’s eight months ago. With an illustrious past behind him, he is looking forward to the church’s next 100 years. 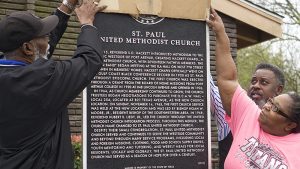 “I want to be more involved with the community,” he said. “They’ve done such a great job already, but we want to try to gain a family development center, add basketball goals and include more within our community.”

St. Paul will commemorate the event with a Centennial Marker Celebration at 10:30 a.m. Sunday at 821 Freeman Avenue in Port Arthur.

Air travelers at Jack Brooks Regional Airport who spoke with The News this week were not overly concerned about COVID-19 or... read more