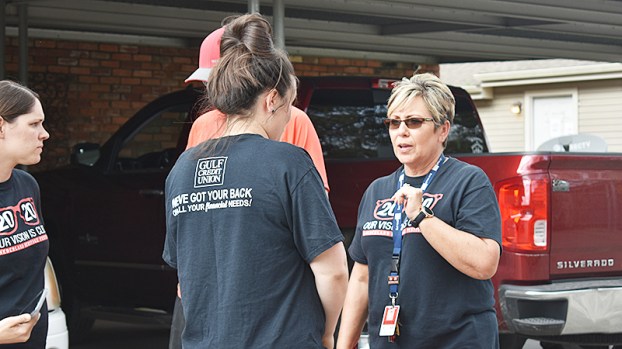 Shannon Hemby, executive director of the Nederland Heritage Festival, speaks with volunteers as she learns the festival will go on as planned. (Mary Meaux/The News)

Nederland Heritage Festival is back on

NEDERLAND — Confusion reigned for a couple of hours Friday as Nederland Heritage Festival organizers canceled and then un-canceled the last three days of the event.

As of 4 p.m. Friday, festival organizers said the last three days of the event, which runs through Sunday, are going to take place as scheduled.

Officials said the ever-changing world of coronavirus response could lead to updates later in the weekend.

“We are so sorry for the confusion,” festival executive director Shannon Hemby said. “The decision was out of our hands.” 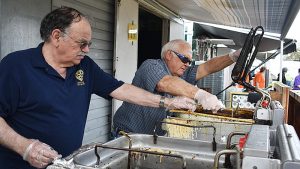 Ron McCraw, left, and Horace Brown clean out the frying station at the Rotary Club of Nederland booth after, at first, hearing the festival was being shut down on Friday.

Hemby said there was initial confusion as to if emergency order by Jefferson County Judge Jeff Branick applied to the festival.

City Manager Chris Duque clarified that the city has received written word from Branick’s office that the festival can operate.

Some food vendors have already shut down and will not be back in operation.

Horace Brown of the Rotary Club of Nederland said they could not reopen because his volunteers were sent home at the initial closing news.

Governor declares state of disaster for all Texas counties from coronavirus

DALLAS (AP) — Texas’ governor declared a state of disaster Friday as the coronavirus pandemic spread to all of the... read more