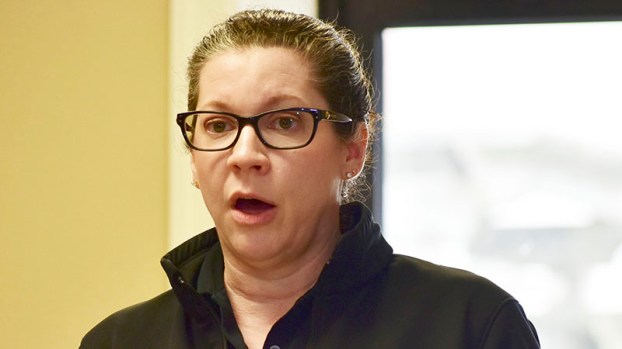 Residents who live in the Montrose neighborhood or area of Herget and Foley avenues will likely have an option to participate in a program allowing the City of Port Arthur to purchase homes and land that were impacted by Hurricane Harvey in 2017.

The City of Port Arthur is awaiting a contract from the Texas General Land Office that would allow the city to either buy out property, meaning the purchased area would have to become perpetual greenspace with no dwellings allowed to be constructed, or acquire property, meaning homes can be redeveloped there.

Pamela Langford, the city’s director of development services, said the GLO is waiting on a response from the city as to whether it will participate in an acquisition or buyout program. She said the city has been allocated approximately $4.1 million for property and $11 million for infrastructure of 31 properties damaged by Harvey or located within a disaster risk reduction area such as Herget/Foley and Montrose.

“In the interim, we are conducting these public meetings to see if there are any changes or additions that need to be added to the proposed guidelines,” Langford said. “At that point, we will present all the facts to city council for review and hopefully adoption.”

“This isn’t anything the city is going to be going out in the neighborhoods and say, ‘We want you to leave,’” Smith said. “The city is very dedicated to helping the residents that want to participate that may not receive any other assistance.”

Port Arthur Community Action Network leader John Beard believes gentrification could happen through acquisition and suggested the city buys out property, adding the city has enough land to exchange with owners who participate.

“With the acquisition plan, you have the opportunity to basically put the plan back into re-use,” Beard said. “That could be another developer building homes where you displace people from original areas. With the buyout plan, you can buy the area but you can’t do anything with the land. It becomes a greenbelt. What is the most amicable or highest use of the land when you do that? Some of that area on Herget and Foley, yes, you’d like to buy that out so there can be a greenbelt or a line of separation between the refineries and community as much as possible.”

A tank farm is located just across Texas Highway 82 from the Herget/Foley neighborhood. Entrances to Motiva, Valero and Chevron Phillips are just a short drive away from the area.

A 2018 study by the city identified areas that had the largest concentrations of unmet housing needs and low- to middle-income residents that Harvey impacted: Port Acres, Montrose, El Vista/Vista Village, Lakeview and Park Central. Herget/Foley was denied assistance through other federal programs because of environmental concerns in the area.

Residents who attended Wednesday’s meetings were given drafts of the acquisition and buyout program and gave public comment regarding the program. Smith believes the city could approve final guidelines within the next month, at which time a 30-day public comment period would be required. Once the city signs a contract from the GLO, she said, it has 60 days to submit the guidelines.

But Smith said the city is staying a step ahead of the game in reaching out to residents.

“We want to get out in front of it and have as many meetings as we want and as many as we need, or as many as the residents want, as many times as it takes to get as much information from the community as we can,” she said.

While residents have the option to participate, a buyout of property would have minimal impact on residents, Beard said.

“The city has enough land in its land bank, that they can exchange land with them. But if they’re not going to help people rebuild, if they have a home and they plan to move out of that home, that defeats the purpose of the whole program,” he said. “In some areas along that tank farm, those are areas that should be bought out also. People live too close to that fence. Should one of those stations be struck by lightning or catch fire, they’re in imminent danger, and it’s the city’s responsibility to do something about it.”

SEATTLE (AP) — Amid all the fears, quarantines and stockpiling of food, it has been easy to ignore the fact... read more