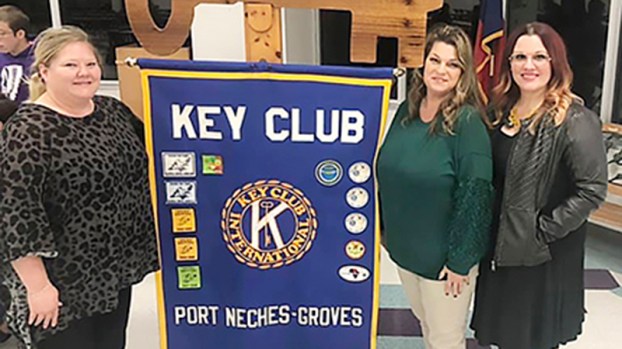 Letha Ruiz’ involvement with Kiwanis of Jefferson County may as well date back to childhood.

“Every year, Kiwanis does this toy drive. It’s done for needy children in Nederland and Port Neches[-Groves school districts],” she said. “I was a student in the mid-’70s at Langham Elementary in Nederland. I was chosen to go. I went and remember I got a blue Easy Bake Oven set.”

Fast forward, and Ruiz is a graduate of Scottsdale (Arizona) Culinary Institute and is president-elect of the local Kiwanis chapter. She’ll begin her role in the fall.

Ruiz says the chapter is in need of more members. The chapter supports Kiwanis International, which serves the needs of children including fighting hunger, improving literacy and offering guidance.

The annual toy drive that had an impact on Ruiz culminates in a Christmas party that’s held every December at The Schooner restaurant in Nederland. Kiwanis of Jefferson County works with elementary schools to identify students in need, and those students will be invited to the party, where they will receive toys and a meal from The Schooner Restaurant.

The PNG Key Club in December won a pizza party and a trophy from Kiwanis for selling the most popcorn in an annual contest with Nederland’s Key Club.

PNG advisor Chris Boucher, who is a Kiwanis member, said his club raised $1,500 from the popcorn drive.

“For the kids, the drive to do the popcorn fundraiser was knowing that the money would come back to them,” he said.

The PNG Key Club will volunteer at the YMBL Championship Rodeo in Beaumont on March 26. Fifteen of the club’s students and advisors will also head to Dallas for a Texas-Oklahoma District Convention next month.

“The purpose of the convention will be to train incoming officers,” Boucher said.

PNG’s club is ranked among the top 25 Key Clubs in the district from the third quarter. Boucher said the club was ranked seventh at the time of last year’s district convention.

Kiwanis of Jefferson County meets the first and third Tuesday of each month at Dylan’s on Ninth Avenue in Port Arthur. Chapter fees are $48 without meals every three months and $125 with meals for every three months. The current quarter for Kiwanis began this month.

Area Mid- and South County schools are sending lifters to the State Powerlifting Championships this month after several qualified at... read more