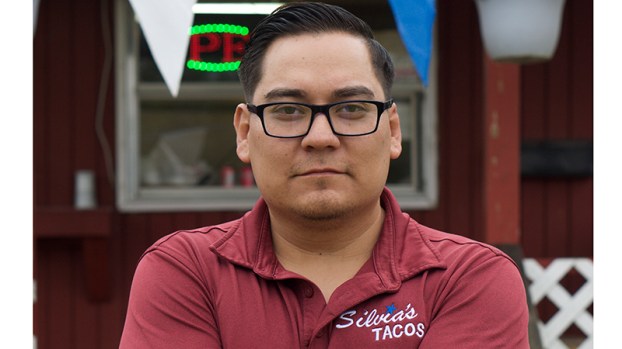 GROVES — Silvia’s Tacos opened on the corner of Taft Avenue and 32nd St. on April 1, 2019, with owners Miguel Lerma and wife Janett bringing a mix of Southeast Texas and Mexican heritage to the city of Groves.

“We originally tried to open this place in October 2018, but because of other things I had to get ready, it was pushed back,” Lerma said. “I told my wife, ‘Put a date.’ She said, ‘How about the first of next month? That’s April Fool’s.’ I said ‘Alright, it ain’t no joke, we’ll open it!’ and here we are.”

Lerma moved to Mid- and South County in 2008 from Uvalde to work at local Port Arthur refineries. Often times his job required an early start, and waking up before the sun provided minimal breakfast options.

Lerma decided it was time to provide a solution to the problem. 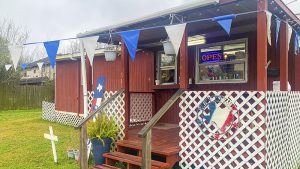 “(Opening a taco stand) was a thought I always had in the back of my mind,” he said. “Where I’m from, they have taco stands in every gas station and on every corner. I decided we needed something like that in Southeast Texas with all these workers and people coming from out of town to work at these plants. I saw the opportunity and I went for it.”

Silvia’s Tacos offers all day breakfast and lunch from 5 a.m. to 2 p.m. Monday-Friday. The menu sports chorizo, bacon and eggs, brisket, chicken mole, fajitas and more, along with a featured daily special.

“Every part of Texas is different,” Lerma said. “You have your west Texas cooking, your Southeast Texas cooking, which is influenced by the Cajun side, then you have San Antonio and that area with Tex-Mex, so I wanted to bring a little bit of where I’m from to this area, too.”

All menu items are homemade and made fresh, including the star selling point — the tortillas.

“I’ve always believed that you can have great food, but the thing that can mess it up for you is the tortillas,” Lerma said. “If you have bad tortillas, I don’t care how good the food is, it’s going to throw it off. So our corn and flour tortillas are handmade. If it’s a customer first time here, I give them a tortilla with a little butter to try. It’s just something different for the people.”

Lerma said while there is no clear “favorite” taco, residents have come to love the simple, traditional recipe his mother, Silvia, fed him as a child — the Tejano.

The Tejano taco is a mixture of chorizo, beans, onions and peppers. 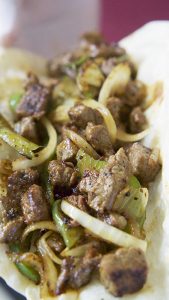 Silvia’s Tacos serves a beef fajita taco on a homemade tortilla with grilled onions and peppers.

Groves Marshal Norman Reynolds Jr. has been ordering the Tejano taco for breakfast since the store’s opening.

He frequents the taco stand 2-3 times a week, sometimes more.

“(The food) is just real hardy and flavorful,” Reynolds said. “I’ve always liked Mexican food and I like to see hometown families do well. This is my favorite little spot for sure.”

As the taco stand approaches it’s one-year anniversary, Lerma said he can’t help but look back on all his family has accomplished to keep the spirit alive.

Lerma, his wife, and his daughter Mia, were involved in a tragic car crash shortly after leaving Mexico from a Thanksgiving Day celebration. The collision caused severe damage to the family and the business, which closed for nearly three months before reopening last week.

“I always believe that there is some good in every bad situation,” Miguel said. “When we came back last week, everybody was just so welcoming. They kept saying, ‘We’ve been praying for y’all,’ ‘We’re thinking about y’all,’ and ‘We’re glad y’all are back open.’ That always helps. That helps me deal with everything happening back home.”

Janett is still bed ridden, but in good spirits and already attempting to get back on her feet. Mia will be returning back to school next week after several months of therapy and rehabilitation.

Above all, Miguel said he is glad his family is healing and is happy to be back out in the community he loves.

“I don’t care how cheesy, cliché, corny or whatever you want to call it, but after seeing all these strangers on a daily basis, they start to become family friends,” he said. “You grow that relationship with them, and we are happy to be back with our family.”

The communication lines between the city of Port Arthur and residents are improving courtesy of community meetings. Soon, residents will... read more