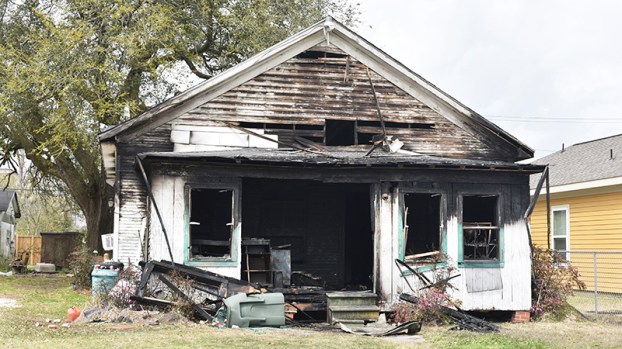 A home in the 2600 block of Eighth Street was heavily damaged by a fire Sunday afternoon. (Mary Meaux/The News)

Eight people were displaced after a Sunday afternoon house fire in Port Arthur.

Firefighters were called at 2:43 p.m. and reported heavy smoke upon arrival at a home in the 2600 block of 8th Street.

The man suffered a minor injury to his hand when he went to open the door, Port Arthur Fire Battalion Chief Jay Fountain said.

Red Cross was called to assist due to the damaged condition of the home.

The cause of the fire is undetermined.

Alan Roy Hartzel, whom police believe intentionally neglected his elderly mother for a period of time, remains jailed on a... read more