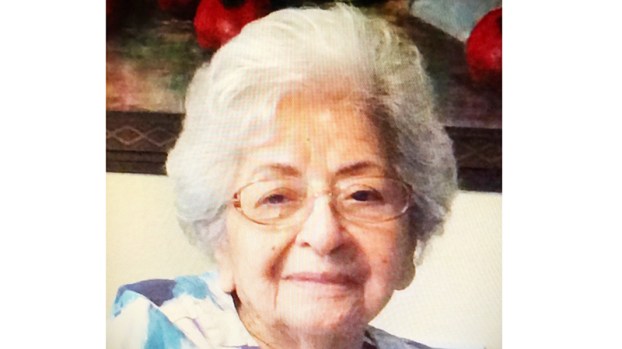 Born in Beaumont, Texas, on August 7, 1921, she was the daughter of Agapito and Paula Guerrero Daniel.

A very caring individual, she could not see her two nieces and two nephews raised in an orphanage after both of their parents died.

Her own mother had also died. After high school Alberta was instrumental in removing them from the orphanage and raising them in her father’s household.

Alberta met and married her husband, Perfecto, with whom she raised a family, helped care for a family business and cared for her father Agapito until he died at 93 years old.

Alberta was baptized in 1969 as one of Jehovah’s Witnesses and remained a woman of great faith throughout her life.

For over 47 rears, Alberta shared the good news of God’s Kingdom in English and Spanish to any who had a minute to listen to God’s word.

She was a collector of many things and she enjoyed going fishing.

Alberta was a very loving person who devoted her life to caring for others.

Her loved ones will remember her as the best caregiver, and she will be missed by all who knew and loved her.

She was preceded in death by her loving husband, Perfecto Rodriguez; her parents, Agapito and Paula Daniel; as well as her three sisters and one brother.