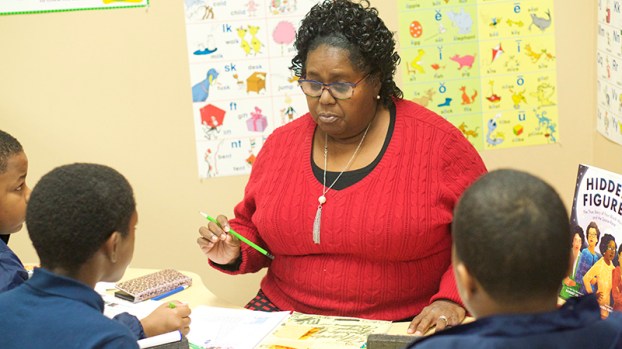 Gladdie Fowler is the definition of a great educator.

The 69-year-old served the Beaumont and Port Arthur school districts for 44 years. 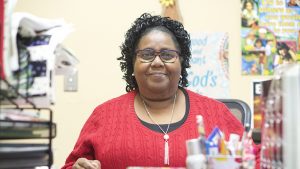 Her calling for education came at an early age.

“I went into education because I felt that I could be a change agent to help students excel and learn,” she said. “I wanted to be a change and help kids believe in themselves. I love children, I love education and my one goal in life was to be a change in someone’s life.”

During her time as an esteemed educator, Fowler came to be known as the “Turn-Around Principal.”

She brought Dowling Elementary in PAISD, now Port Acres, from a low-performing school to receiving state distinctions in just one year.

Alongside teaching the youth of tomorrow, Fowler is heavily involved in bringing awareness to mental health.

“(Mental Health) has always been a biggie for me,” she said. “I had a special needs brother and it brought me a special interest. Even though he passed, it still holds a special place in my heart.”

Fowler said having a background in special needs and mental health counseling helped her career as an educator bring new life to students in need.

“As an educator, I see daily what the kids are being faced with and the situations they are in every day,” she said. “The struggle is real for our students. To know that I can be a resource to them is so important.” 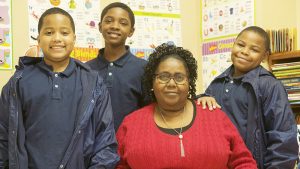 Most recently, she was dubbed Women of the Year at the 2020 Martin Luther King annual brunch in January.

“I was shocked,” she said. “I am active in the community but what I do, I do for God. Every morning when I say my prayers, I say ‘Lord, let me help somebody today.’ I don’t do these things for awards, I do what I do because of God and because it needs to be done. So while it felt good to be recognized, to me, it meant I only needed to work harder and help some more people.”

“That was one of the most rewarding experiences,” she said. “To be able help children learn to be a service to others, to set aside funds to show children how important it is to go to the nursing homes, to read to someone, to make a difference, it was just an awesome opportunity.”

“We congratulate Mrs. Fowler on her recognition for Black History Month,” he said. “She worked tirelessly in so many capacities. Even in retirement, we call her up and she’s there to offer wisdom and help. She’s going to be a part of the education system for many years to come.”

Fowler, along with nine other educators, celebrated 120 years as the Legacy of African American Educators in PAISD Thursday evening at Port Acres Elementary.

“This honor is certainly befitting the ten former educators that have been chosen,” Porterie said. “Each of the educators honored is more than deserving. I have worked with these trailblazers and I am not only a better person, but a better superintendent because of the knowledge and influence each of these individuals have poured into me.”

Fowler is married to Eddie, another retired educator. Together they have a son, daughter and two grandsons.

“The things I do in the community, I couldn’t do it without them,” Fowler said of her family. “I appreciate whatever awards I get, but it’s for them too, not just me.”

Fowler is currently serving as a teacher and facilitator for the Royal Ambassadors Academy in Beaumont at Antioch Missionary Baptist Church.

She has no current plans to quit teaching anytime soon.

“I still have some energy left in me to make a change,” she said. “I try hard to instill in young people, even little children, that you can do it. You just have to put your mind to it. I grew up poor, but my mother always told me that education was the way out. I am the perfect example of that.”

(Editor’s note: This is the final part of a four-part series spotlighting African American leaders as part of our Black History Month coverage)

Check out when Sammy Kershaw is playing Port Arthur, how to get tickets