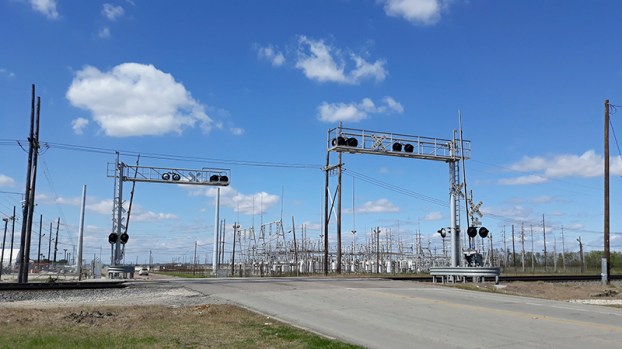 The sound of a train blowing its horn in the neighborhood may pique the interest of a child but annoy adults.

“When I was a kid growing up here, and even with my nieces and nephews, they’re excited,” Port Arthur resident Joseph Stevens Jr. said. “They want to see it. Throughout the week, 200 blows in a week become an issue because people have to get up the next day and have to go to work.”

Stevens, 25, who runs a management consulting firm, decided to conduct a survey of those who live in the general area where Savannah Avenue and Thomas Boulevard intersect about what they think about the train noise at night. Some of the comments he received:

Stevens presented these comments to the Port Arthur City Council last week in hopes city officials would petition the Federal Railroad Administration to establish a partial quiet zone in the areas between Thomas Boulevard and 19th Avenue, just north of which a railroad crosses Savannah. Kansas City Southern railroad turns south after crossing Houston Avenue and runs along Railroad Avenue past Thomas.

“I’ve been living here since I was 4 years old,” Stevens said. “I grew up with the train noise in my mind. In Beaumont, they have a quiet zone all through the day.”

The quiet zone in Beaumont is at the intersection of Coburn and Potter drives, where a railroad passes Forest Park. A full quiet zone has been put in place since July 7, 2008, and no injury has occurred there since July 18, 1986, according to Stevens’ research.

Stevens, who lives within his proposed quiet zone, said it had been on his mind to try and do something about the noise.

“It’s an issue but nobody wants to speak up,” he said. “I did tons of research, and I just wanted to reach out to the community. Thankfully, they responded to the survey.”

No concerns about safety hazards resulting from train noise have surfaced, Stevens said. His presentation revealed no accidents have been reported at any of the crossings at Savannah, Thomas or between West 14th and West 18th between 2015 and 2019.

It’s not as simple as the city creating an ordinance to silence trains at night. A city official will have to petition the FRA about a quiet zone, and the FRA will enact a 60-day wait for public comment once a petition is received, Stevens said.

City Manager Ron Burton said he will meet with Stevens to “pursue the matter further.”

Port Arthur councilmembers voiced their support for the proposal following Stevens’ presentation, but it is not clear when a formal request to the FRA will be sent or who from the city will make the request.

“We’re going to do everything possible to make this happen,” District 1 Councilman Raymond Scott Jr. said.

A lack of train noise could help to improve the quality of life in Port Arthur, Stevens believes.

“Maybe it could help people want to move here because there is no train noise,” he said.