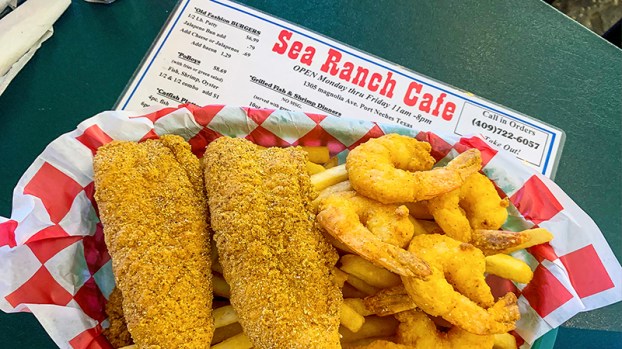 PORT NECHES — Sea Ranch Café opened its doors to the Port Neches community in March 2004. Next month it will celebrate 16 years in business and not much has changed.

Owner Brian Landry is proud of that.

“I don’t like change,” he said. “You figure out something that works, you just keep doing it and you try to do the best you can to keep it going.”

Landry and his father owned and operated Howdy Doody, a grocery store, restaurant and dance hall off of Twin City Highway in 2001. After three years, Landry decided running the multi-purpose store was taking too much of his time as a father and husband.

He opened Sea Ranch Café as a way to spend more times with his wife, Regina, and their three daughters — Brooke, Allie and Kaylee — and still remain in the restaurant industry. 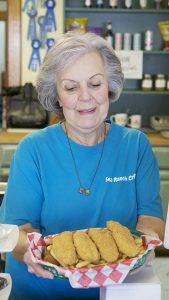 “I had three daughters who were young and I realized I never saw them,” he said. “That’s why I wanted to shut the old one down and open this as a casual mom-and-pop place, somewhere to come as you are with local food that’s good.”

The shining star of the restaurant, Landry said, is the fried fish.

“People come from everywhere to eat our fish, even people who don’t like fish, eat our fish,” he said. “We have a secret marinade we use, and our batter is a little different, too.” 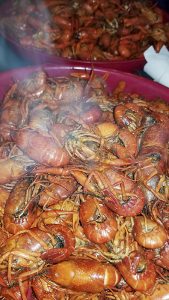 Sea Ranch Café in Port Neches is serving crawfish from 4:30 to 8 p.m. daily.

Many of the items on the menu, including the bourbon bread pudding and other desserts, come from family recipes crafted by 75-year-old Gloria Landry.

“My husband loved to cook,” Gloria said. “We all took after him and learned. Now we cook all the time.”

Besides preparing the desserts, Gloria is also the restaurant’s mainstay cashier.

Landry joked of his mother, “I’ve tried to get her to retire, but she just won’t.”

“I love working here,” Gloria said. “I love meeting people. I like to be interactive. The atmosphere is good, and the help is great. I just love it, so I’m not going anywhere.” 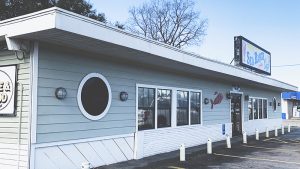 As Sea Ranch Café turns 16, Landry said he prides himself on customer service, old-fashioned style food and a hometown feel.

“We are hometown people,” he said. “We have really good food and a great customer base. That’s all we need.”

BAYTOWN — Seventh-ranked Memorial outscored Friendswood 34-9 in the second half and took a 62-35 victory at Lee College on... read more