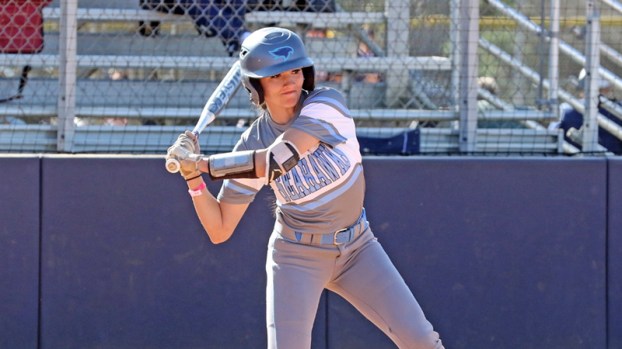 Climbing the hill: Seahawks hope sweep is sign of progress

“It was an all-around effort,” Edwards said. “Everything worked this weekend, so we felt like we kind of turned a corner and hopefully things are heading in the upper direction. Attitudes are good. They were really excited about the sweep.”

Cold, inclement weather forced Northeast Texas Community College to cancel its Friday games against Lamar State, so Edwards was glad his team at least got to get a few games in with Kilgore.

“It’s that time of year,” he said. “That’s why we schedule a bunch of games. We expect it, so we deal with it. That’s why we travel to gulf shores and places like that. It’s always nice in Alabama.”

Like the rest of the outdoor sports at this time of year, the Seahawks are limited to batting cages and indoor workouts when it’s too wet outside to practice on the field.

Sophomore outfielder and PNG grad Brooke Smith said she could count on her hands the number of times the team has practiced on the field.

“We’ve hit a lot in our covered cages but we haven’t been able to do a lot of defense,” she said. “We do what we can and make it work.”

Smith went 2 for 4 with an RBI and scored a run in Saturday’s second Kilgore game, which the Seahawks won 9-6, and was 3 for 1 in the first game won by a 3-1 margin.

Smith said it was her best games this year.

“I had a slow start offensively, but I was trying to be too big,” she said. “I made things simple, so keeping things simple and just relaxing and playing how I need to play is what I need to do.”

Smith thinks the team’s chemistry is improving, especially after the players spent so much time together while traveling to their away games.

“The chemistry is a lot better, and we’ve been doing a lot of team stuff,” she said. “When we travel a lot in our vans, we play games so I think the chemistry is better overall. We’re getting used to each other and how each player plays, our different strengths and weaknesses and the things we need to work on.”

Some of the things they’re still working on is pitching, Edwards said.

“We’re working on the pitchers, getting them to their comfort zone,” he said. “We’re concentrating on areas where we’re lacking a little bit. We’re fine-tuning some points and making sure our mechanics are good for pitching. We can always hit. They love to hit, so that’s a good thing.”

Despite the good weather on Tuesday, the Seahawks were still limited in how much they could use their field.

The Seahawks are counting on continued good weather to keep things dry, because Friday will be their first game at home against Frank Phillips College, a team Edwards said Lamar State hadn’t played before.

“We’re excited about that, finally at home,” Smith said. We’ve been traveling a lot and I think we’re on a run and hopefully we’ll continue. [Frank Phillips College’s] record isn’t the greatest but we’re going to go out like it’s a tough team and treat it that way.”

“They called us and wanted to play,” Edwards said. “Apparently they’re in a colder area, and they’re making a sweep through here. We’re excited because I don’t think we’ve ever played Frank Phillips, so it’s a new challenge for us.”

Charnel Jones said it was crazy when she first found out she was named District 24-2A’s MVP, particularly since she’s... read more