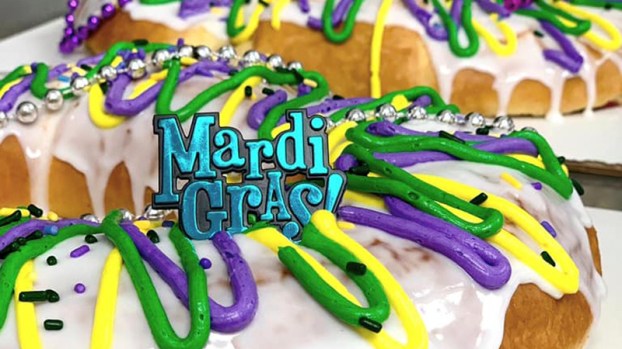 Fat Tuesday is today, which, if we’re being honest, is the excuse we’ve all been waiting for to ditch our diets and go all out on a cheat day before completely giving up our sweet and savory guilty pleasures for the long, long Lent season.

No matter your religious affiliation, it’s the perfect time to indulge in the fattiest, fried, sugar-infused foods, and depending on where you’re from, that includes a host of traditional and non-traditional recipes. 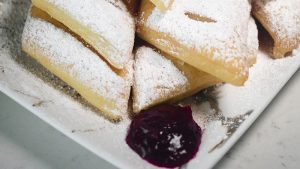 Louisiana Donuts and Pastries in Nederland serves a traditional New Orleans style plate of beignets served with a side of jam. (Courtesy photo)

Mardi Gras is French for Fat Tuesday. For America, the holiday is often synonymous with New Orleans, but the feast is celebrated across the world with different foods.

In the United Kingdom, Fat Tuesday is Pancake Day. In Poland, it’s Paczki Day, which refers to the jelly-filled doughnuts they eat. In Spain, it’s omelet day and in countries like Estonia, Finland and Iceland, residents eat different versions of pea soup. 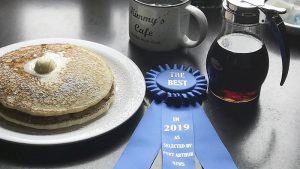 Here are several Fat Tuesday foods and where some of the places to get them in Mid- and South County are:

1. Beignet — the French term for a pastry made from deep-fried pastry and topped with powdered sugar.

3. King Cake — A type of cake made of a rich, brioche dough with a wide array of fillings such as cinnamon, fruit and cream cheese.

4. Boudin Balls — Pork sausage made with rice and seasoning usually stuffed into a casing.

5. Pancakes — A flat cake, often think and round, cooked on a hot surface topped with butter and syrup.

6. Crawfish Étouffée — A dish found in Cajun and Creole cuisine served with shellfish over rice.

7. Paczki — Deep-fried pieces of dough filled with jelly and topped with   powdered sugar.

PORT NECHES — The Occupational Safety and Health Administration is investigating a workplace fatality after a man fell to his... read more