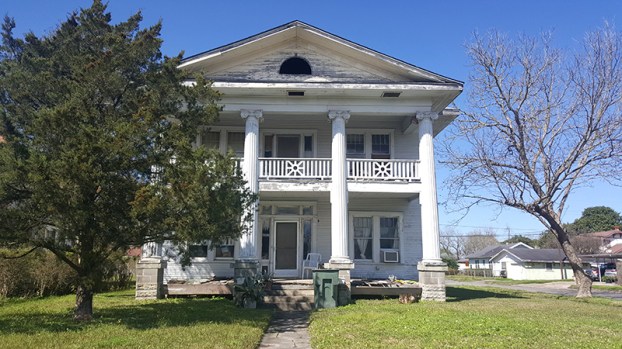 A 75-year-old woman is dead and her son charged with injury to an elderly person in what police are calling “severe neglect.” (Mary Meaux/The News)

Few, if any, had been inside the white, two-story home with the tall pillars on Fifth Street in years.

Neighbors knew Alan Roy Hartzel, 46, lived there with his elderly mother and that she was ill. Her full condition wasn’t exposed until Hartzel dialed 911 at approximately 1 p.m. Friday on a medical call. Emergency services, as well as firefighters, responded, as is the norm. 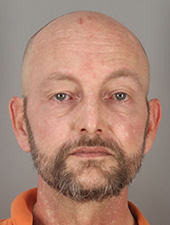 “When they got there they immediately contacted PD (police department) because they knew that this was a very serious situation with a possible neglect case, injury to an elderly person,” PAPD Det. Mike Hebert said.

The 75-year-old woman, whose name has not been released by police, lived in the home with her son, who was her sole caregiver.

Hebert — who was one of the first responders who entered the Hurricane Harvey-flooded Lake Arthur Place nursing home in 2017 where patients sat in wheelchairs with feet submerged in unsanitary conditions — was appalled by the scene at the home in the 2900 block of Fifth Street.

“I can tell you that as a 30-year police officer, I have never witnessed this level of neglect, ever,” Hebert said. “Myself, other investigators along with some firefighters have said this is by far the worst case we have ever seen.”

The woman was still alive when EMS got to her and was taken to a local hospital, where he died. An autopsy has been ordered.

Hartzel was brought to the station and interviewed before he was arrested and charged Friday with injury to an elderly person, a first-degree felony.

Hebert said investigators believe the neglect was intentional, “that there was intent,” but did not elaborate.

Detectives are working to map out a timeline for the case and are not saying how long the woman was in the care of her son or if there had been reports of neglect in the past.

Police waited four days before announcing the death and arrest to the media to allow the woman’s other family members to get into town.

Police are also not releasing the woman’s name at this time but neighbor Jeanette Guillory called her “Ms. Jean.”

Guillory and her husband live nearby and she has spent many hours sitting under her carport talking with Ms. Jean when she was in better health. In fact she knew the woman for more than 20 years.

She also knew Hartzel who would come over to sit and talk as well. Sometimes he would talk about a problem with his mother, but he always refused help when it was offered to him, Guillory said.

A younger neighbor, Jordan Reed, was shocked when he heard Hartzel was arrested. For him and his family, Hartzel was the guy who helped them fix their four-wheelers and bikes and would give them parts.

But Guillory said she knew a different side of Hartzel. She believes he has a problem with alcohol and recalled seeing him in various stages of inebriation and would disappear for days at times.

And Hartzel, she said, refused to let her or anyone else in the house.

“I hadn’t see her face-to-face in two years,” Guillory said.

The last time she saw her was when Hartzel brought his mother to Guillory’s stepson’s wedding.

And whenever they spoke she always asked about Ms. Jean.

The thing that led her to believe something was not right was how Hartzel would turn down help every time it was offered, she said.

Then, on Friday, Guillory’s husband called out to her that EMS was at Ms. Jean’s house, so she ran over to the house. She said she saw EMS coming out of the house as if they were sick and spitting off the porch.

Ms. Jean’s room was upstairs and her son carried her out, she said.

“When he brought her out she had feces from head to toe. Her britches were under her knees and she had on no underwear,” Guillory said. “All I could do was shake, cry and be sick.

“What happened to this woman should not have happened.”

Hartzel did not have an attorney as of press time Tuesday.