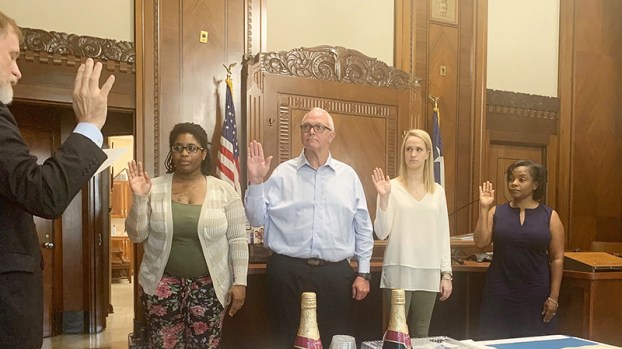 The caring hearts of residents who make up Port Arthur and Mid County are on display this week for those who can benefit the most — neglected children.

Judge Randy Shelton is scheduled to swear in 11 new CASA volunteer advocates and six new partners Tuesday in Beaumont. Most of those volunteers are local residents.

CASA of Southeast Texas has a goal of providing a volunteer for every foster child in Jefferson County to represent the child’s best interest in cases of abuse and neglect.

Without CASA volunteers, the children have no voice. CASA leaders stress that volunteers have completed more than 30 hours of training.

Court Appointed Special Advocates of Southeast Texas, Inc. is a nonprofit service organization that recruits, trains and supervises a diverse group of community volunteers, appointed by the courts for abused and neglected children in the pursuit of safe, permanent homes.

“Nearly guaranteed that (gas) prices will be higher by April & May”

Texas gas prices have risen 6.9 cents per gallon in the past week, averaging $2.16/g today, according to GasBuddy’s daily... read more