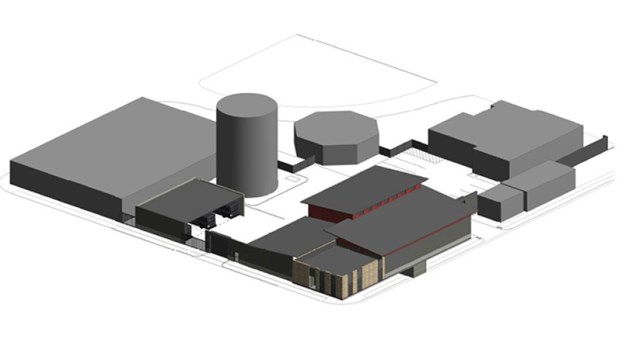 Building the new facility, the face of which will be located on the corner of 4th Street and Fort Worth Avenue, is very important to the city’s transit department, its maintenance supervisor said.

“Right now, with our electric buses, they won’t fit in the building we have now,” Melling said. “There would have to be extensive renovations done to the old building to facilitate the new buses.”

The city on Tuesday also approved a $314,068 local match for a $2.225 million grant from the Federal Transit Administration toward four battery-electric fixed route buses, charging equipment and operator/maintenance training. Those buses are expected to arrive by July 2021.

Craty Nellison, assistant director for PAT, said the six electric buses that have been purchased are not due for arrival until September, two months later than the original projected date. Temporary chargers will be installed as part of the new facility’s first phase to accommodate those buses, she said.

“That hasn’t been decided where it’s going to be, but it’s going to be tied to the electrical system to the old building, so we’ll be able to charge the buses,” Melling said.

The new facility will attach to the current transit office building at 344 Procter St. and terminal and include new administration offices and a three-bay service center. 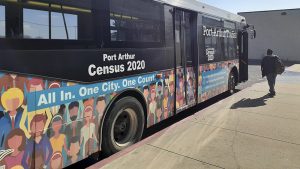 A Port Arthur Transit bus pulls up at the entrance of the B&B Theatre at Central Mall in Port Arthur. (Stephen Hemelt/The News)

“We had paratransit riders who normally just go to their physicians, and they went out shopping,” she said. “Fixed route wasn’t an average weekday [number], but for the weekend, it was a great success the first two Saturdays.”

Two Port Arthur men were indicted by a Jefferson County grand jury this week for shooting a man during a... read more