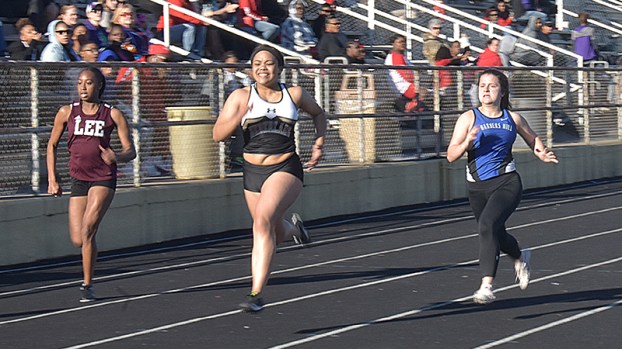 Port Neches-Groves continues the ramp-up of the track season with their Joe Williamson Relays on Thursday, and the competition from area schools should prove to be a great barometer for where the Indians stand in their track and field season.

“Our district track teams are pretty tough to compete against,” PNG track coach Mike Ballew said. “Our early season barometer is good to judge and see where we’re at and see what we have to work on because those guys give us a lot of good competition.”

Jacobs and the rest of the boys’ 4×100 relay team, which includes seniors Kaleb Wuenschel and Lawrence Vaughn and junior Dejaunte Connor, placed fourth with a time of 43.67.

Ballew is pleased with the time for this early in the season.

“We’re still working on some timing issues and some handoff issues, but that could be a pretty good group for us during the year,” he said.

Jacobs is going to be trying several events, Ballew said.

“Right now he’s going to compete in multiple events as far as the open 200, the 400 and the 800,” Ballew said. “So we’re going to try him out in a few different events and try to find the best fit for him as far as qualifying for regionals.”

Senior pole valuter Jacob Smith also returns this year, and Ballew says he’s looking forward to seeing what Smith’s work can do for the Indians.

“We’ve kind of got a good mixture,” Ballew said. “We’ve got some young kids, some freshmen all the way up through some seniors who are coming out for us this year, we’re looking forward to seeing how our 4×100 and 4×200 relays can do. We’ve got some seniors back on those two teams that helped us out last year and they did pretty well. So we’re looking forward to seeing what we can do competing in district and qualifying for regionals.

“In this first meet, is all about getting over there and competing, and I thought our kids did a pretty good job competing and representing PNG. We’ll have our meet this week and we’ll see if we can improve on our times.”

With cold, wet conditions limiting the amount of results to report, I’ve decided to dip into my name-dropper Hall of... read more