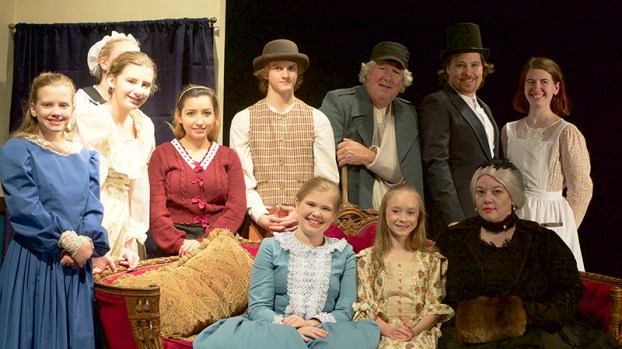 Little Women is a classic story that has been told and retold since Louisa May Alcott wrote the original book in 1868. The most recent adaptation was released to the big screen on Christmas Day 2019. It scooped up several Oscar nominations in the process.

Now, the Port Arthur Little Theatre is bringing the timeless tale of the four March sisters to a small-town production. 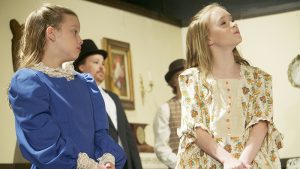 First-time director Yolanda Goudeaux is excited to be bring the masterpiece to the Mid- and South County.

“Debbie [Pletcher] called me and asked if I was interested in directing,” Goudeaux said. “Originally, I said no because I never wanted to direct, but I thought ‘OK, 2020. New opportunity. Why not?’ I decided I wanted to do it with a straight show rather than a musical, so why not go big with Little Women? It’s a classic.”

Little Women follows the lives of the March sisters — Meg, Jo, Beth and Amy — detailing their individual passages from childhood to womanhood during the aftermath of the American Civil War. Goudeaux said her favorite part of directing this play is the cast and leading the four little women to stardom.

“The group that we have now, is awesome,” she said. “They mesh really well together. They are learning their lines and they all work together. I absolutely love the cast. They are amazing and extremely talented.”

The four March sisters are played by Arwen Ewert as Beth, Analiese Wallace as Amy, Taylor Van Devender as Meg and Rhiannon Pletcher as Josephine. As the main character and narrator of the story, Pletcher, 24, said her role as Josephine has been an enjoyable challenge. 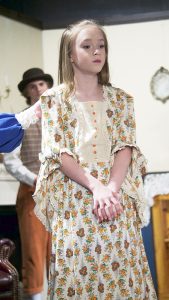 “Jo is a tomboy,” she said. “She’s the one who wants to be a writer. She wants to do what all the men can do. She doesn’t want to get married, which is not so different to me. The challenge is the amount of lines I have. Jo opens every scene, she narrates the show, so it’s been challenging, but I love being able to interact with the cast. It’s been a lot of fun.”

Chloe Phillips, 11, who plays young Amy in the opening scene, said her favorite part of the play has been the costumes and playing a diva.

“My character is a lot like me,” she said. “She’s really sassy and sarcastic, and adorable.”

Goudeaux said the diverse cast is a joy to watch and she can’t wait for the community to see the theatre’s spin on a timeless classic.

“The message is about family, and how you have sisters that all have their own identity,” she said. “They are all doing their own things and have their own talents. It’s about going through life, friendship and how important family can be. 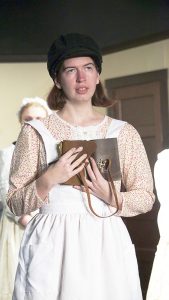 Rhiannon Pletcher, 24, practices her lines for her role as Josephine (Jo).

“We want the audience to get a warm feeling and have fun. There is real sarcasm. It’s funny and heartwarming, but we want people to leave and reach out to call their sister or their mother or someone they love because they were so moved to do so.”

The play is approximately a two-hour long production with an intermission between Acts I and II.

Tickets are $14 for adults, $12 for senior citizens, military and teachers and $10 for students.

“Come see the show,” Goudeaux said. “You will definitely enjoy it.”