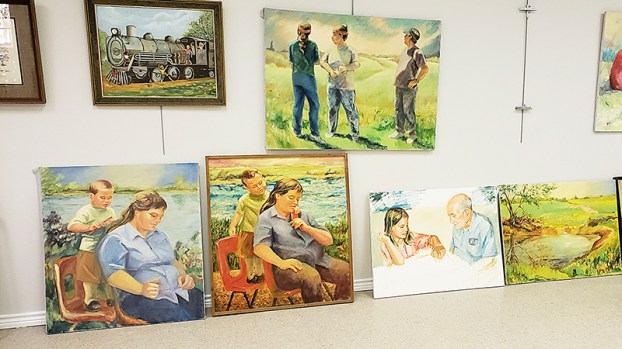 Art by the late Robyna Prescott can be purchased at the grand reopening of Texas Artists Museum on Sunday. (Courtesy photo)

Texas Artists Museum is preparing for a grand reopening to officially celebrate its comeback from Hurricane Harvey.

The event runs from 2 to 4 p.m. Sunday at the museum, 3501 Cultural Center Drive in Port Arthur.

Pam Trosclair, secretary of the board, said they have averaged about two private events per month since the opening last summer. However, this opening showcases the building with an opening reception, museum tour, art sale and refreshments.

Trosclair said more than 50 paintings and some pottery done by the late Robyna Prescott have been donated and will be in the main gallery for sale and, in the two smaller galleries, will be some of the art salvaged from the flood.

Hurricane Harvey left the museum with about 4 feet of water inside in late August 2017, and the building sat empty for about a year. As a non-profit art gallery, there wasn’t a lot of funding to do what was needed — many residents were dealing with their own losses and most members of the museum board are of an older population.

But now, the work has been completed and all repairs are done. 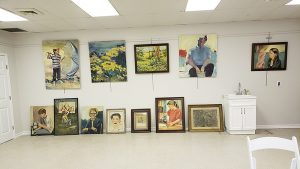 Art by the late Robyna Prescott is seen in a gallery at Texas Artists Museum, which will hold a grand reopening on Sunday. (Courtesy photo)

“There will be rotating galleries every few months and Artsmart will be coming back in the summer,” Trosclair said of what was an annual event for children from kindergarten to sixth grade.

In addition, there will be Saturday evening receptions when a new display is set up and TAM will start seeking members. The members will likely take trips to art museums in cities such as Houston, New Orleans or Baton Rouge and maybe even offer adult art classes.

There’s a lot yet to be done on a staff made of volunteers.

Trosclair said the board is working on establishing hours in which to be open and has decided to once again work with the Port Arthur Convention and Visitors Bureau.

As for hosting major events, that is nine to 12 months down the road, she said. 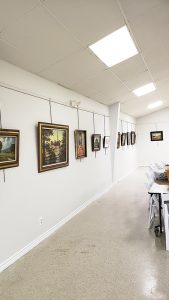 Part of the permanent collection is pictured at Texas Artists Museum, which will hold a grand reopening on Sunday. (Courtesy photo)

Tammy Kotzur, executive director of the Port Arthur CVB, said in the past the museum would be the first stop for certain tour groups coming to the city. The groups typically come out of Harris County, which furnishes buses for non-profits and church groups for a day trip for the cost of a fee for the driver. Groups such as Happy Hearts of St. Bart’s, the Senior Sisterhood and the Sassy Seniors have visited in the past before going on to tour other Port Arthur sites.

The museum has also assisted by opening its doors when a small meeting space is needed, Kotzur said.

In addition, the museum has been — and likely will be — host to photo and art competitions that bring in regional talent, summer art classes, juried art competitions and a spot for the local art guilds to meet.

“This is a community gathering spot for artists and that has been missing,” Kotzur said.

The juvenile curfew ordinance in Port Arthur is going to be enforced as written, with one minor edit. Between the... read more